The American Council for an Energy-Efficient Economy (ACEEE) has ranked Maryland one of the nation’s most improved states for energy efficiency as well as 10th on a national energy scoreboard for 2011.

“We have set some of the most aggressive goals in America for decreasing energy consumption in Maryland and our efforts to save energy and reduce reliance on fossil fuels are beginning to bear fruit,” says Gov. Martin O’Malley. “Making the investments in safe, clean, reliable and affordable energy can create thousands of jobs in Maryland and reducing our energy consumption saves money and improves our environment.”

The ACEEE report also noted that Maryland was one of only a handful of states receiving top scores for greenhouse gas tailpipe emission standards and the integration of transportation and land use planning, also known as transit-oriented development.

Other Maryland energy efficiency and conservation projects include:

“It is our goal as a state to lead by example in the area of energy conservation and encouraging a green economy,” says Department of General Services Secretary Alvin C. Collins. “Maryland’s Department of General Services is working with other state agencies on 20 Energy Savings Performance Contracts which will provide guaranteed annual energy savings in excess of $21 million.”

“As a result of Governor O’Malley’s vision in establishing one of the nation’s most aggressive energy efficiency goals, Marylanders have already saved over 900,000 MWh of electricity and over $117 million since 2009, and our peak demand program has helped us avoid major blackouts during our record-setting summer heat wave,” said Malcolm Woolf, director of the Maryland Energy Administration.

In another move toward making Maryland a greener state, Maryland Governor Martin O’Malley announced in December 2011 that the State of Maryland and the Maryland Energy Administration reached a settlement with Exelon Corporation, Constellation Energy, and Baltimore Gas and Electric that will infuse over $1 billion in investment into the Maryland economy over the next decade and create more than 6,000 jobs.

The settlement is significantly larger than that originally proposed by Exelon in its filing with the Public Service Commission (“PSC”) in May. Specifically, the investment represents a four-fold increase over Exelon’s initial merger proposal, from $270 million to over $1 billion; the total megawatts of energy generation to be built increased substantially from 25 MW to 285-300 MW; and the job creation numbers more than doubled, from 2,440 to more than 6,000. The settlement also retains the PSC’s ability to spin-off BGE at some later date, if Exelon experiences significant financial difficulty, experiences a nuclear disaster, or repeatedly violates PSC Orders. Most importantly, in the State’s opinion, the proposed settlement now meets the statutory standard of providing benefits, ensuring no harm, and being in the public interest.

“Though I opposed this merger for many months, I have joined this settlement with Exelon because I believe the company has met the high bar that I demanded,” said Gov. O’Malley at the December announcement. “The settlement represents a unique opportunity for the State of Maryland to benefit from this transaction, creating over 6,000 new jobs, providing $60 million for our low-to-moderate income neighbors, nearly doubling our solar installations, potentially doubling our land-based wind generation, creating the first animal-waste to energy facility in the State, and creating an offshore wind development fund. We accomplished all of this while ensuring that BGE remains a locally-managed utility protected from the risks inherent from a large holding company. This deal represents an unprecedented commitment on Exelon’s part to become part of Maryland’s future. I look forward to working in partnership and welcoming Exelon to our State.”

The settlement provides benefits to BGE ratepayers, including a $100 credit for every residential electricity ratepayer, a $10-million credit towards EmPower Maryland programs, a $10-million contribution to the Electric Universal Service Program, which assists low-income ratepayers with their electricity bills, and a $50-million contribution to weatherize homes of low-to-moderate income families.

It also protects BGE ratepayers against harm as a result of the merger, because the settlement enhances existing ring-fencing provisions to protect BGE in the event of an Exelon bankruptcy. The settlement also requires a majority of the BGE Board of Directors to live or work in the BGE service territory.

Lastly, the settlement ensures that the transaction will be in the public interest by requiring investments of more than $1 billion in Maryland over the next decade, creating over 6,000 jobs.

The settlement will significantly increase Maryland’s Tier 1 renewable energy generation capacity and create the first new gas-fired electricity generation plant built in Maryland in nearly a decade. It will provide Maryland with the substantial environmental benefits that come with clean generation, including avoiding 260,545 metric tons of carbon emissions, or the equivalent of taking over 50,000 cars off the road, as well as the enhancements to the water quality in the Chesapeake Bay that accompany an investment in animal waste-fueled generation. The settlement will also provide funding for offshore wind research and development. 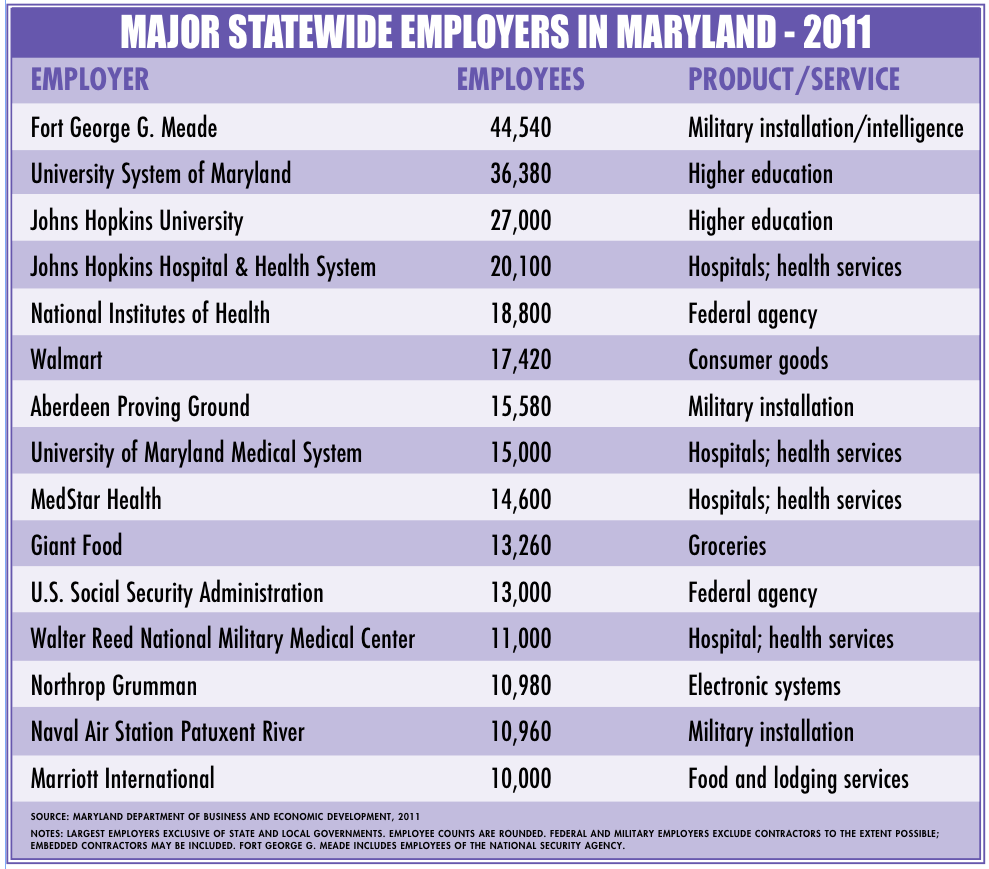 The $50-million commitment to weatherization efforts comes “at a critical time,” said Secretary of the Department of Housing and Community Development Raymond Skinner. “As American Recovery and Reinvestment Act funds draw to a close, the monies obtained in this settlement allow us to continue the critical work of ensuring 12,500 of our neighbors are able to live in energy-efficient homes.” Similarly, the $10 million contributed to the Electric Universal Service Plan will provide assistance to an additional 22,000 families in paying their electricity bills.

“Gov. O’Malley has achieved fairness for ratepayers and a big leap forward for the environment with this agreement,” said Mike Tidwell, director of the Chesapeake Climate Action Network. “Future Marylanders will look back on this date as a real turning point for clean air and the fight against global warming.”

“Maryland voters elected the Governor and their legislators on the promise of a clean energy economy.” said Karla Raettig, executive director of the Maryland League of Conservation Voters. “This settlement will help meet that promise and we are pleased Maryland is getting ahead of the curve on offshore wind.”

“We applaud Gov. O’Malley’s leadership in bringing good jobs and clean energy to Maryland families,” said Josh Tulkin, director of the Maryland Sierra Club. “This announcement sets the stage for a time when we no longer have to rely on dirty and dangerous energy sources like Baltimore’s Crane and Wagner coal-fired power plants.”

An Interactive Tool Puts Business Assets on the Map

In January the Maryland Department of Business and Economic Development (DBED) unveiled the first phase of a new interactive tool that allows businesses and citizens to map the state’s key business assets and resources. MDbizMap, housed on DBED’s website ChooseMaryland.org, provides users with a unified mapping application to access information in several categories and subcategories, including Maryland’s jobs, top employers, education, incentive zones, public services, transportation and point of interests, either by a single map or by layering several maps together.

MDbizMap was created in-house by the State’s GIS Coordinator Julia Fischer and Web application developer Padmini Gorty and consolidates into a central location dozens of pages of separate maps that existed on the website. A second phase of the MDbizMap recently debuted with maps on taxes, demographics and utilities, with additional phases planned.

“MDbizMap gives our businesses and citizens a one stop shop of the most requested data on everything from where schools and top employers are located to where new jobs are being created,” says DBED Secretary Christian S. Johansson. “Once the MDbizMap has been operational for a few months, we plan to survey the business community to see what maps they would like to see.”

MDbizMap is the most recently introduced component of Maryland Made Easy, an ongoing interagency initiative to streamline procedures, simplify regulations and improve communications where business and government intersect. Launched by Governor O’Malley in January 2011, Maryland Made Easy has reformed State Highway Access permit process, unveiled an interactive one-stop shop web site, created a “Fast Track” concurrent permit review application, and awarded a contract to begin converting more than 400 licenses and permits to a web-based application by the end of 2012.

Also in January, DBED kicked off a 10-week radio and Internet advertising campaign, Financing that Fits, to promote four of the State’s key financing programs that received the first round of $23 million of funding from the federal State Small Business Credit Initiative (SSBCI), part of the Small Business Jobs Act of 2010. DBED launched a new online tool to make it easier and more transparent for businesses and citizens to track financial incentives to Maryland companies and organizations. Finance Tracker is an on-line searchable database featuring DBED funding awards in 30 categories and is sortable by company, amount, location, program and fiscal year. In 2011, 376 new and expanding projects were announced and accounted for more than 10,000 new jobs and $3.3 billion in investment in Maryland.

“Maryland’s tax credit programs are some of the most progressive in the nation and have helped businesses expand, create and retain jobs and attract venture capital and private investors,” says DBED Secretary Christian S. Johansson. “Our Biotech Tax Credit alone has helped leverage more than $64 million in private funds for emerging biotechnology companies, helping to bring groundbreaking discoveries to the commercial marketplace.”

Maryland offers a bevy of tax credits, including: