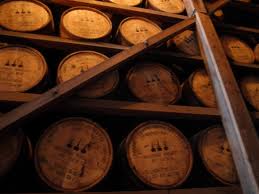 We recently paid a visit to the Bluegrass State and took part in a first-class tour that showcased Kentucky’s leading industries. Among the high points:

— We made our way through Toyota’s mammoth assembly plant in Georgetown, KY, where they can turn a roll of steel into a shiny new Camry and drive it out the door in about 20 hours, which we have to admit is less time than it usually takes us to write and edit an article here at Business Facilities.

— We navigated the chutes-and-ladder conveyors at the fully automated UPS shipping hub, which occupies more than 5 million square feet of space tucked between the runways of Louisville’s international airport.

— We dodged splendid splinters at Louisville Slugger’s downtown baseball bat factory, where we learned that only major leaguers with signed contracts get their signatures on a piece of lumber.

— We drove through miles of some of the prettiest country roads in the nation, populated with the fastest horses; then we watched our four-legged friends work at spectacular Keeneland Racetrack.

— We dined on barbeque and bourbon as the guests of Gov. Steve Beshear at the historic governor’s mansion in Frankfort.

Perhaps the most surprising thing we learned on the tour was imparted by Gov. Beshear, who informed us that Kentucky’s thriving bourbon distilleries are a powerhouse growth sector on a par with California’s famous Napa Valley wine industry. The governor told us that 95 percent of all bourbon is made in the Bluegrass State (including a famous brand that labels itself Tennessee sour mash). “The other five percent is counterfeit,” he said.

“Bourbon is a homegrown gem and a bright spot in a struggling economy,” Gov. Beshear said. “This signature industry has proven to be very stable and a key driver in our efforts to diversify our economic base. It’s a thriving industry and success story that we’re proud to tell.”

We don’t know if this was related to the Recession, but bourbon sales have been booming in recent years, notching a 50 percent increase in overall consumption of the brown liquid. It’s not a stretch to say bourbon is one of the drivers of the recovery in Kentucky: recent investments in new distilleries, warehouses, advanced manufacturing equipment and visitor’s centers have brought in at least $338 million in additional tax revenue to the state since 2008.

The visitor’s centers are thriving because of the popularity of the Kentucky Bourbon Trail tour. In 2011, more than 11,000 people from 50 states and 16 countries weaved their way through the six distilleries that make up the tour, up from 9,400 in 2010. Anyone still standing at the end of the Bourbon Trail is guaranteed to have witnessed the unique craft that goes into the creation of the world’s finest whiskey at an all-star lineup of legendary distillers, including Four Roses, Maker’s Mark, Wild Turkey, Jim Beam, Heaven Hill and Woodford Reserve.

The Bourbon Trail was the brainchild of the Kentucky Distillers’ Association. According to KDA, more than 2 million visitors have taken the tour since it began in 1999.

KDA traces its roots back to 1880, when 30 distillers met at the Galt House in Louisville and organized to protect the state’s signature spirit from “needless and obstructive laws and regulations.” KDA fought for decades to reduce whiskey taxes and shrink insurance fees, but Prohibition whittled its ranks and forced it temporarily to fold. Ironically, the movement to end Prohibition also resulted in KDA’s rebirth in 1935: a group representing Kentucky distillers, including National, Brown-Forman, Glenmore, Frankfort and Medley, banded together to end Prohibition in the state. This core group expanded to 27 member companies and resurfaced as the KDA.

The Bourbon Trail tour is educational as well as uplifting to the spirit (from the spirits). Here’s a sampling of some of the distillery lingo you will learn along the way:

Backset — the thin, watery part of a previously distilled batch of whiskey mash that is added, or “set back,” into the next batch. This is also known as sour mash, setback, stillage or spent beer.

Barrel proof — whiskey bottled at the desired proof while aging in the barrel. No water is added before bottling, making these products higher proof than most bourbons.

Bung — the stopper used to seal the barrel.

Charring — the process that sets fire to the interior of barrels for less than one minute and creates a layer of charred wood; distillers choose from four levels of char when making bourbon.

Nose — the aroma of a whiskey.

Rackhouse — the building in which whiskey is aged.

Thief — a tubular instrument for removing a sample from a barrel.

And, most important of all, there is a definition for bourbon itself. Here’s how you know you have the real thing:

Straight bourbon is a whiskey made from a mash containing at least 51 percent corn, distilled out at a maximum of 160 proof, aged at no more than 120 proof for a minimum of two years in new charred oak barrels. If the whiskey is aged for less than four years, its age must be stated on the bottle. No coloring or flavoring may be added to any straight whiskey.

The KDA also gives participants on the Bourbon Trail tour a specific set of instructions for the proper way to taste Kentucky bourbon, involving tulip-stemmed “nosing” glasses and an obligatory glass of water and salt-free crackers to refresh the palate between samplings.

We’d repeat the entire list of instructions here, but we’re getting thirsty — it’s time to put a bung in this post and stick a thief into a well-aged cask of barrel proof. By our standards, any glass without a crack in it, a couple of chunks of ice and a twist of lemon will do fine.

Many thanks to Gov. Beshear and his team for making our visit to the Bluegrass State memorable and informative.