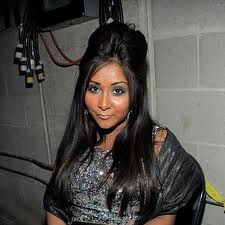 No tax breaks for Snooki.

NJ Gov. Chris Christie lowered the boom this week on a controversial $420,000 state tax credit for the production of MTV’s mega-hit show, Jersey Shore. The tax credit had been dubbed the “Snooki Subsidy” by critics who said it exemplified a frivolous misuse of public funds.

Much of the criticism focused on the frivolous nature of Jersey Shore, which chronicles the mindless escapades of Snooki and her hard-partying posse as they roam the boardwalk in Seaside Heights, NJ. Christie himself zeroed in on the MTV show’s content when he quashed the state’s production incentive for Jersey Shore.

“I have no interest in policing the content of such projects,” he said. “However, as chief executive, I am duty-bound to ensure that taxpayers are not footing a $420,000 bill for a project which does nothing more than perpetuate misconceptions about the state and its citizens.”

New Jersey’s largest newspaper, The Star-Ledger, was quick to point out that Gov. Christie let stand a tax credit for a collection of live wrestling shows entitled “Hell in a Cell in Newark.” The less said about that the better.

Since our global HQ is a stone’s throw from the epicenter of this controversy in Seaside Heights–and we regularly keep tabs on tax incentives nationwide–Business Facilities is uniquely suited to offer an objective opinion on this matter.

Let’s dispense with the “misconceptions about the state and its citizens” part first.

We usually don’t reveal this to outsiders, but lifelong New Jersey residents are starved for attention. In the national mindset, the Garden State is a place that connects New York and Philadelphia, occasionally charging a toll along the way.

When attention comes our way, we embrace it. We loved every minute of The Sopranos, even when Paulie Walnuts bashed his mother’s best friend over the head with a TV set while visiting her in a nursing home. We still go out of our way to drive past Pizzaland, the slice shop immortalized in the opening credits. We always try to snatch the toll ticket at the Turnpike entrance with the same detached look of irritated irony displayed by Tony Soprano.

When beehive-bonneted Snooki and her intellectually challenged friends upchucked upon the scene and presented themselves as authentic Jerseyans (even though most of them originated elsewhere) we griped about this ridiculous stereotype. We griped about it until we found a parking spot near the beach in Seaside Heights so we could go check out the Jersey Shore house.

We even loved it when Gov. Christie yelled at us–he famously told everyone to “get the hell off the beach” during the hurricane–because it made people all over the country pay attention to NJ.

We know that everyone makes jokes about New Jersey. We hear them all the time. But the Jersey jokes don’t bother us because we also know that NJ is a great place to live with some of the greatest beaches in the world. If stereotypes about New Jersey keep some out-of-staters off our beaches, there’s more room for the 9 million of us who live here to frolic in the surf.

And if anyone takes their diss of Jersey too seriously, we can always show them George Washington’s belt buckle, Thomas Edison’s phonograph or Einstein’s favorite comb. They all camped out here.

Putting on our economic development hat, we also have to take issue with Gov. Christie’s statement that the tax credits for Jersey Shore did “nothing more” than spread misconceptions about NJ.

The fact is that film production is a sure-fire jobs producer in a dismal economy. On-location production for a hit TV show is a full-blown bonanza. Without question, Jersey Shore brings in millions of dollars and a plethora of jobs to its namesake. And that’s not counting the people who feed and house these workers, or the fans and curious onlookers who flock to Seaside Heights and discover the best inexpensive vacation they’ve had in years.

According to the Ledger report, film industry professionals testifying at a recent NJ legislative committee hearing warned that targeting certain shows and stripping Jersey Shore of its tax credit may have a chilling effect on production companies when they consider filming in New Jersey.

Based on the latest news reports, we also can’t avoid speculating that Gov. Christie’s Snooki smack-down may have had more to do with the 2012 political calendar than his indignation with allegedly frivolous tax breaks. It’s a time-honored tradition for presidential candidates to take steps to “inoculate” themselves against potential issues in the days before they join the race for the White House.

When they did their poll-testing, Christie’s political team undoubtedly discovered that the question “Does Snooki deserve a smack-down?” universally generated a 100% positive response.

Now, none of the other presidential contenders will be able say that Chris Christie is soft on the Snooki Tax. Any day now, President Obama will tell The Situation to put on his shirt and get a real job.