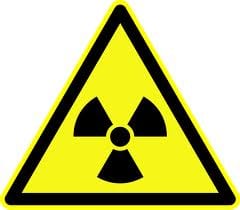 According to local lore, the feudal warlord Date Masamune chose this name for the coastal city in northeastern Japan because he expected his clan to rule for centuries to come.

We don’t know if Masamune’s descendants still walk the streets of the largest city in Japan’s northeast region. If they do, they probably are walking alongside the rest of greater Sendai’s two million residents today as they begin to flee the crippled Fukushima nuclear power plant.

Sendai was all but erased from the maps by the Allied bombing of Japan during World War II. At the end of the war, the residents of Sendai emerged from the rubble and rebuilt their city with wide avenues and a relaxed atmosphere that made it a popular destination for northern travelers on Japan’s main island.

Six decades later, Sendai now faces another existential threat. The city that Allied bombers almost finished off is at the mercy of the forces of nature, relentless and indifferent to the fate of the Masamune clan.

An 8.9-magnitude earthquake sent a 40-foot-high wall of water smashing into the northeast coast of Japan on Friday, setting off a catastrophic chain reaction at the Fukushima complex. Fukushima Daiichi is Japan’s largest nuclear power station, containing six reactors.

In the wake of the tsunami, generators powering Fukushima’s cooling system failed in three of the reactors, setting off hydrogen explosions in two of the containment structures housing the reactors. Plant workers deployed firefighting equipment to pour seawater into the crippled reactors in a desperate effort to keep red-hot reactor fuel rods covered with coolant. A storage basin for spent fuel rods caught fire, spewing high levels of radiation into the air.

Today, the crew working to contain the disaster at Fukushima has been scaled back from 800 to 50, a handful of courageous souls who must surely know that they are on a suicide mission. Two of the reactors may be in a state of meltdown, their exposed, superheated fuel rods melting and fusing into the most dangerous puddles on Earth.

If a breach has occurred in one of the concrete and steel reactor-core vessels, experts say the battle to avert a catastrophic disaster at Fukushima Daiichi may already be lost.

It borders on cruel to point out that Japan’s decision to place six nuclear reactors directly on top of one of the world’s most active geological fault lines—just a few feet from an ocean that can feed massive tsunamis—was an unsurpassed act of hubris.

But hubris and tragedy have been the hallmarks of the atomic age. The scientists at Los Alamos who developed the first atomic weapon weren’t sure if their device would set fire to the Earth’s atmosphere when it was tested in 1945. They blew it up over the desert in New Mexico anyway. The U.S. military commanders who gave the order to incinerate Hiroshima did not wait to measure the overwhelming damage they inflicted before vaporizing Nagasaki three days later.

In 1986, politburo hacks who ran the Soviet Union told the world for days that radiation spewing from the exploded shell of the Chernobyl reactor would not affect other countries. This lie was exposed when hunters in Sweden discovered that their reindeer meat was radioactive.

There was a brief moment when common sense trumped hubris: In the late 1980s, the Long Island Lighting Co. was putting the finishing touches on a $5-billion nuclear power plant in Shoreham, a beach town on Long Island within 20 miles of New York City. As LILCO’s engineers prepared to load plutonium fuel rods into the reactor core at Shoreham, then-Gov. Mario Cuomo asked the power company to produce its plans for the evacuation of America’s largest city if a nuclear disaster developed at the Long Island plant.

The power company officials looked at each other, shrugged and admitted to New York’s governor that there really was no feasible way of quickly evacuating the 18 million residents of the metropolitan area of New York City. Gov. Cuomo quickly ordered them to put the new plant in mothballs. The husk of the Shoreham containment structure remains empty today, a monument to a mega-disaster that could have been but never was.

Perhaps a world now watching in horror at the events in Japan will rethink the lethal consequences that were unleashed by the splitting of the atom. Sendai, sadly, may be linked to those consequences for the rest of its existence. If the heroic efforts at Fukushima Daiichi fail, Sendai will still be on the map, but its name will designate an unpopulated dead zone that will be off limits for centuries to come.

If the worst happens, Sendai’s new ruler will be a hazard sign with the international warning for radiation, a ruler whose silent reign will last for 40,000 generations.