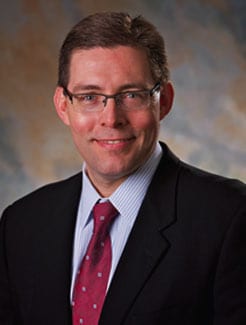 More than $6 million in investment and the creation of up to 92 jobs by 2013 was promised by four Southern Indiana area businesses that recently announced expansion plans.

Jeffersonville-based G.F. Munich Welding, Shoe Sensation, and Nexgen Mold & Tool in New Albany and Talon Logistics Services of Clarksville declared more than $3 million in new annual payroll will be added through job creation, according to a press release from One Southern Indiana, also known as 1si.

“We hope this pattern of growth is indicative of a new year full of more success stories like these,” said Michael Dalby, president and CEO of 1si, which aided the businesses in securing various state and local tax abatements and credits.

G.F. Munich Welding is a steel fabricator of wastewater machinery, and the company aims to invest more than $2.2 million in equipment and additional real estate and create up to 30 jobs at its Jeffersonville location, according to the release. Joseph Papalia, president of G.F. Munich Welding, said Indiana has been a business-friendly environment and the benefits received by the company from the state encouraged the local expansion.

Shoe Sensation is looking to add up to 20 jobs and invest close to $700,000 to lease and improve additional space at the regional retailer’s Jeffersonville headquarters and distribution. Company CEO Michael Zawoysky credited the state and Jeffersonville for being “invaluable partners” in Shoe Sensation’s plans to grow in Clark County.

“The [UEZ] was created by the city of Jeffersonville to encourage reinvestment and job growth within its boundaries and these projects are a testament to the continued fulfillment of the zone’s mission,” Jeffersonville Mayor Tom Galligan said.

Talon Logistics Services intends to consolidate its Louisville operations into its Clarksville distribution center, which would create up to 30 jobs. The company provides distribution, warehousing and brokered freight services.

The region’s proximity to Kentucky makes it incumbent on the state to retain businesses and entice new industries, Indiana Secretary of Commerce Mitch Roob said.

“We are in constant competition with our neighbors for new investment and nowhere is that more evident than Southeast Indiana,” he said in a press release. “The announcement of four companies investing and creating new opportunities in Indiana shows that we are winning those competitions.”

Nexgen Mold & Tool plans to invest more than $3.1 million in construction of additional production space that company officials said will create up to 12 new jobs at the New Albany manufacturer.

The company is located in the Grant Line Industrial Park, and yields plastic injection molding and contract manufacturing services.

“We are delighted Nexgen is expanding here in New Albany,” New Albany Mayor Doug England commented. “As some businesses still struggle to emerge from this recession, this growth is especially welcomed news.”

ACCENT Marketing Services LLC, announced today that it will grow two of its Southeast Indiana operations, creating up to 215 combined new jobs by 2013.

The company, which provides customer engagement solutions across phone, online and social media channels, will relocate its existing New Albany contact center to Jeffersonville, providing the company with the opportunity to add up to 175 new jobs to its workforce. The current property owner will assist with the move which will make room for the expansion of one of the New Albany facility’s existing tenants.

In addition, ACCENT will make investments at its existing headquarters facility in Clarksville, providing the opportunity to create up to 40 new jobs. In total, ACCENT will invest more than $4.5 million between the two properties to lease, relocate and add technology and equipment.

ACCENT, which currently employs more than 400 associates in New Albany, plans to begin hiring additional customer engagement specialists based on projected growth from existing and future clients as operations at the engagement center are shifted to Jeffersonville. Existing employees will all be transferred to the new facility, which is expected to be completed next spring.

The Indiana Economic Development Corporation offered ACCENT Marketing Services up to $1,325,000 in performance-based tax credits and up to $100,000 in training grants for both projects based on the company’s job creation plans. The city of Jeffersonville will consider additional property tax abatement.