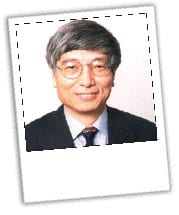 The America China Society of Indiana (ACSI) was recently formed as the trade organization that will promote cooperative business, trade and investment opportunities between the Hoosier State and the world’s most populous nation. The effort is headed by ACSI chairman Albert Chen, president and founder of Telamon.

BF: How long has Telamon been involved in business ventures on mainland China? Do you have facilities in China?

AC: Our firm has been in China since 1986. We operate three facilities there that repair and test wireless devices. We also are involved in IT software development in China and South Korea.

BF: The announcement for the new trade initiative indicated that Indiana will be promoting agricultural products, advanced bioscience, automotive and IT technology for export to China. Do you expect this to be a two-way street, resulting in new jobs in Indiana?

AC: The focus will be on both jobs and the exchange of goods. We are interested in selling Indiana’s products in China, which will create jobs here. We also want to help China understand the investment opportunity for Chinese firms here in Indiana. We aim to promote cooperative business, trade and investment opportunities between Indiana and China.

BF: China has a huge, low-cost labor pool and a growing domestic market. Can U.S. producers compete with Chinese manufacturers in their home market?

AC: Our exports to China will help meet the tremendous demand of the Chinese market. We also want to convince China that it can make a wise investment in Indiana in producing consumer goods here as well as industrial parts.

BF: What will be one of the key attractions for Chinese businesses that may want to set up shop in Indiana?

AC: Indiana is the Crossroads of America. We can offer tremendous logistics advantages for anyone locating their business in Indiana.

BF: Currently, the U.S. balance of trade with China is widely skewed in China’s favor. Can this trend be reversed?

BF: Many businesses like yours have forged their own ties with China. Why is a statewide trade organization needed?

AC: A lot of small- to medium-sized businesses don’t have enough experience in dealing with China. We want to share our experience with them.

BF: It took about 20 years to establish a significant number of Japanese business facilities in the U.S., and Japanese companies often required the creation of joint ventures that quickly absorbed U.S. technology. Do you believe deals with China will follow the same pattern?

AC: We need to be careful that we don’t give China our technology. We have to toughen our negotiating positions. Hopefully, it won’t take 20 years to achieve with China the level of Japanese production in the U.S. We should be able to do that within five to 10 years.

Anyone who thought state budget deficits are confined to one or two regions of the United States got a sobering wake-up call this month from the Center on Budget and Policy, which reports the sea of red ink has now washed over no less than 44 states.

Nevada, Illinois, New Jersey, Texas and California lead the list of states in arrears, each compiling current deficits amounting to roughly one-third of their annual budgets. Nevada currently is facing a deficit that is equivalent to 45.2 percent of the state’s budget; Illinois’s $15-billion deficit equals 44.9 percent of its budget; California, despite draconian budget cuts in the past two years, still has a yawning $25.4-billion gap to close.

Proposed remedies include a bill reportedly circulating in Congress that will enable states to file for bankruptcy so they can renegotiate obligations like pension payments.

A less-painful cure may be found in the 2010 census results: the Census Bureau reports that the fastest population growth has been achieved by states without a state income tax.

Delaware January 28, 2022
Resources, support and a history of innovation make Delaware an ideal location for bioscience and advanced manufacturing

Delaware January 28, 2022
Resources, support and a history of innovation make Delaware an ideal location for bioscience and advanced manufacturing