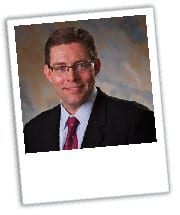 Many states are considering replacing state economic development agencies with public-private partnerships. We asked IEDC’s chief executive to tell us how these partnerships work.

BF: Is a public-private partnership a more effective vehicle for job creation than a state economic development agency or a Department of Commerce?

MR: It certainly has worked for us in Indiana. If you look at the results, IEDC has been three- or four-fold more productive as a public-private partnership. Indiana is now leading the nation in per capita private-sector job growth. We are very responsive—we move at the speed of business. If you ask us for a site search and an offer on your project, we can get that accomplished in a week and often within three days. We are a transactional agency.

BF: How does IEDC interact with the governor and other top state officials to execute Indiana’s overall economic development strategy?

MR: What separates us from our predecessors is not only the structure of the public-private partnership, but the focus that Gov. Daniels has brought to economic development. The governor chairs the IEDC board of directors and he has made it clear to every member of his cabinet that job growth is the top priority in the state of Indiana. So across state government, everyone is working to expedite economic development needs, including permitting and building roads. We have a great espirit de corps across the state government. When we prepare to bring a project to Indiana, we can bring together any parts of the state government that are needed to close the deal, get them in the same room, and get a positive answer that will create new jobs in Indiana.

BF: How does a public-private partnership like IEDC maintain the transparency of its development efforts?

MR: We are audited routinely, these audits are made public, and all of our transactions and expenditures are public, even more so than our predecessor agency.

BF: State economic development agencies and some public-private partnerships have been challenged recently about their claims of job growth. What is the best way to verify that projects actually are generating the jobs they have promised?

MR: We are precluded by statute from indicating an exact number of jobs because these jobs are attached to taxpayer ID numbers, and that information cannot be released. Also, many companies prefer not to release precise job numbers or undertake the cost of capturing and providing that information. We make certain that our tax incentives are post-performance, meaning the jobs have been created first and there is no question of dollars going out the door and jobs not being created.

BF: Do you believe that most states will eventually organize their economic development agencies as public-private partnerships? What is driving this trend?

MR: The bigger question is whether most of the governors will create a business-friendly, pro-growth environment in which capital can be deployed and jobs can be created. Public or private, the form isn’t as important as the focus of the effort and what you are selling. 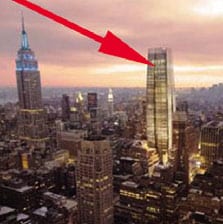 A real estate outfit called Vornado Realty Trust has convinced New York City’s Planning Commission that it would be a great idea to build a hulking 1,216-foot-tall skyscraper on 34th Street and Seventh Avenue, two blocks west and directly in line with King Kong’s favorite roost on 34th and Fifth. If it is built as planned, only the top 34 feet of the Empire State Building’s antenna will be visible to everyone west of the Hudson River.

The ingenious planners of New York decided to permit Vornado to exceed the height limit for its tower at 15 Penn Plaza by a whopping 56 percent because the site is across the street from Penn Station, gotham’s busiest transit hub. In 1967, the planners approved the demolition of the original Penn Station, a Victorian masterpiece, to make way for a third and round iteration of Madison Square Garden. This is known as progress.