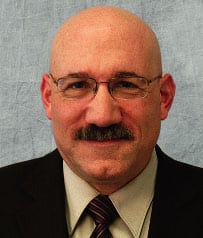 Our chat with Gov. Heineman in this month’s Governor’s Report reveals that this philosophy has been a driving principle of the state’s development strategy and it is working very well for the people of Nebraska.

The job-creating engine Gov. Heineman ignited with his Nebraska Advantage incentives program is fueled by a homegrown workforce prepared from a young age to fill hundreds of jobs that high-powered companies are bringing to the state. The governor’s credo is simple: “Give our young people a good education and then give them the good jobs that will keep them in Nebraska.” Sounds like a winning formula to us.

Major high-tech players like Yahoo and Dell have put down roots in Nebraska. Thanks to the recently enacted Nebraska Super Advantage program, they are required to bring high-paying jobs with them.

On the alternative energy frontier, Gov. Heineman is moving quickly to marry Nebraska’s 100-percent public power system with the growing number of private initiatives that are building the nation’s wind-energy power resources.

It may sound corny, but the Cornhusker State is planting the seeds for sustainable, long-term prosperity in America’s heartland.