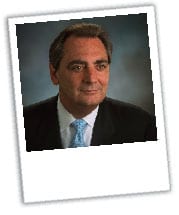 BF: The elimination of the Empire Zones program on June 30 has generated a lot of controversy across New York. What will you replace it with?

DM: Since its creation in 1986, the Empire Zones Program has gone through numerous revisions and lost its original focus of attracting new business and enabling existing businesses to expand and create more jobs in economically distressed areas of the state. The Governor’s decision to sunset the flawed Empire Zone program and implement a new economic development program addresses the need for accountability and administrative efficiency, while providing a strategic focus that more narrowly targets state incentives to key sectors of our struggling economy.

BF: Will converting incentives from loans to grants if specified job targets are met generate more economic development activity in the state and more relocations of businesses to New York?

DM: ESD’s assistance is typically provided in the form of a loan or a grant. Recently, ESD has been offering loans that convert to grants if certain investment and job creation milestones are met. While loans and convertible loans have the potential to return funds back to ESD, all of our products are deployed to “win the project” and each is considered equally effective, based on the situation, to induce the project and create economic activity.

BF: The Tax Foundation ranks New York near the bottom of its annual Business Tax Climate index. What are the most important steps you can take to improve NY’s competitive position?

DM: We’ve created an economic development plan we believe is tight and focused. It concentrates on both job development and capital investment. Our go-to market strategy is a balanced approach centered around four key pillars: partnering with business and academic leadership; supporting New Economy job growth and capital investment; maintaining our core competency in manufacturing; and providing access to capital for small business. We believe [with] this strategy we will make great strides towards a more business-friendly and competitive New York.

BF: Is New York positioned to be a leader in alternative energy manufacturing and renewable energy generation?

DM: Yes, definitely. New York has one of the most ambitious clean energy goals in the country: the “45 by 15” initiative. By 2015, New York State will meet 45 percent of its electricity needs through improved energy efficiency and clean and renewable energy. This initiative [will create] an estimated 50,000 jobs and stabilize energy costs.  Through job training programs for displaced, unemployed, and underemployed workers, New York is creating the clean-energy workforce of the future. New initiatives in 2010 include supporting the development of in-State energy supplies, encouraging investment in energy infrastructure, and helping the existing manufacturing base transition to a low-carbon future. 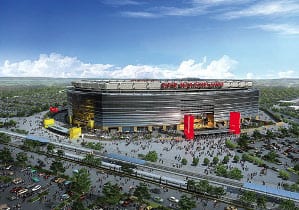 Last month, the NFL broke with tradition and awarded Super Bowl XLVIII to a joint bid from New York and New Jersey. The 2014 title game will be played in the new $1.6-billion Meadowlands Stadium in E. Rutherford, NJ, the first outdoor cold weather site for the big game in nearly 40 years. Unfortunately, it looks like the NFL may need to deploy its Super Bowl refs earlier than expected: NY and NJ appear to be gearing up for a huge fight over who will get the lion’s share of the spoils from the mega-event.

When we asked NY’s economic development chief, Dennis Mullen, to predict the economic impact of the NY/NJ Super Bowl, he put down a marker sure to raise hackles across the river: Mullen said the event—which he referred to as “the New York Super Bowl”—will bring in $550 million, but he claimed that $500 million of this booty “will come directly to New York State.” NJ’s Sen. Frank Lautenberg, meanwhile, wrote a letter to NFL commissioner Roger Goodell demanding the game be called ”the New Jersey/New York Super Bowl.”