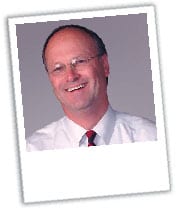 KPMG recently released the results of its 2010 Competitive Alternatives study. We asked Hartley Powell to comment on major trends tracked by the study.

BF: Do the 2010 results show an improvement or a decline in overall U.S. competitiveness?

HP: My assessment is that the United States is holding its own in terms of cost-competitiveness relative to other industrialized nations. While the ranking of the United States in 2010 is somewhat lower than in 2008, this is due mainly to the shift in emphasis for the 2010 edition, which bases the comparison on the major cities within each country rather than one with a broader base of larger and smaller cities. Over the last few years, U.S. companies have achieved massive structural changes that have lowered the cost of production.

BF: What is the biggest factor currently impacting U.S. competitiveness?

HP: Productivity growth has clearly been a key factor in spurring U.S. competitiveness in the global economy. Despite the impact of the recent financial crisis and increased competition from fast-growing economies, such as those in China and India, the U.S. economy has demonstrated its resiliency during the recent recession, and strong productivity performance has been an important contributor to that success. This improved productivity supports solid competitiveness for the U.S. for the near and longer term.

BF: We were surprised to see Mexico get the top ranking for R&D cost-competitiveness. Is the skill-level there comparable to the United States and Europe?

HP: R&D includes a wide range of activities, from scientific research to prototype manufacturing. Many companies have developed and expanded these types of operations in Mexico for many years, so it would be safe to assume that their needs are being met.

BF: The study lists increased electricity rates as a cost trend in the U.S. Will this be a temporary disadvantage as more alternative energy comes online?

HP: A number of industry studies are projecting strong growth in U.S. electricity demand over the next several years, leading to continued upward pressure on U.S. electricity rates. Clearly, electricity prices vary significantly across different regions of the United States. Renewable energy mandates can increase the cost of power since renewables are generally more expensive than traditional sources of energy. While future demand may be met from alternative or renewable sources, we still do not anticipate a decline in rates.

BF: The study indicates that labor costs have the biggest impact on cost competitiveness. Can a location mitigate that impact if it has an available pool of skilled workers within proximity to a location?

WHERE HAVE YOU GONE, JOE DIMAGGIO? 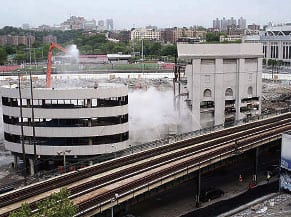 For 109 years, the rest of the American League has tried to beat the New York Yankees into the ground, with little success. This month, a wrecking ball succeeded beyond their dreams. The last two sections of the House That Ruth Built came crashing down in the Bronx.

Last year, the Bronx Bombers moved into their new $1-billion baseball cathedral across the street from the original. Throughout 2009, the grand old ballyard on River St. was shrouded in black curtains, as if awaiting its own funeral.

The old Yankee Stadium was demolished section by section because the structure was wedged between active rail lines. New York will build a small replacement park, Heritage Field, on the site.

Numerous pieces of Yankee Stadium were auctioned off to souvenir collectors, including Reggie Jackson, who bought the entire centerfield section where his memorable third-in-a-game blast landed during the 1977 World Series.
We suspect Reggie probably sits there in his spare time, cheering himself.