The conference was a great place to take the pulse of this dynamic emerging industry as the transition to alternative energy accelerates, fueled by massive government stimulus efforts. Many speakers at the Austin gathering also weighed in with their predictions on where current trends will lead us.

In a presentation entitled Green Stimulus: One Year Later, Ken Bruder, general manager, Americas, of Bloomberg New Energy Finance noted that the United States has targeted more than $60 billion in stimulus funds toward clean energy initiatives. However, Bruder expressed concern that most of these initiatives are on the supply side of the equation. Renewables still are not competitive with fossil fuels “on an unsubsidized basis,” he reported.

Bruder indicated that more needs to be done to spur the demand for clean energy as well as the supply, including the establishment of a national renewable energy standard. Bruder’s advocacy for the standard recently was echoed by a coalition of 29 U.S. governors, who want a national goal of 10% of electricity derived from renewable sources by 2012, and 25% by 2025.

Frantzis estimated there is at least 400 GW of untapped hydropower in the U.S., both inland and oceanic. Through a combination of efficiency improvements/new capacity; new facilities in existing dams without hydropower; Greenfield sites; inland hydrokinetic facilities; and pumped storage, more than 45,900 megawatts of hydroelectric power can be culled from inland resources by 2025, adding about 143,000 new green jobs, she said.

An additional 265,000 indirect jobs could result from hydropower expansion, bringing the cumulative estimated total employment for this sector to more than 700,000 by 2025, Frantzis said.

David Hattery, an attorney with Stoel Rives, LP (which specializes in wind energy projects) reported that 2,173 megawatts of electricity can be generated if current plans for offshore wind farms in U.S. coastal waters are executed.

Currently, Hattery said, there are no offshore wind farms on the U.S. coasts, but several states (including MA, RI, NY. NJ, DE, and GA) are planning them, as well as sites near Texas and on the Great Lakes in Ohio. The biggest offshore East Coast wind energy project now under consideration is the Cape Wind facility off Massachusetts, which would generate a projected 468 MW. Current plans envision offshore turbines that are anchored onto the ocean floor in relatively shallow water.

Hattery reported that offshore wind energy initiatives in Europe are “way ahead” of the U.S. in terms of equipment technology and construction know-how. He suggested that U.S. projects in shallow water (less than 30 meters in depth) currently are most promising, which challenges remaining in equipment technology and foundation/erection techniques.

Karl Gawell, executive director of the Geothermal Energy Association, told the Renewable Energy World Conference that as of September 2009, there were 144 geothermal projects in 14 states underway with the potential to create more than 7,100 megawatts of clean energy. The output is expected to double in the next 10 years.

A three year extension of the production tax credit (PTC) making geothermal power facilities placed in service by December 31, 2013 eligible for the full credit; Extension of the 30% investment tax credit (ITC) to new geothermal energy projects and in some cases allowing developers to apply for a cash grant in lieu of the ITC; adoption of a new 30% credit for companies manufacturing renewable/geothermal power equipment; $1.6 billion in new bonding authority for Clean Renewable Energy Bonds, used to finance new renewable power projects by public power, municipal and government entities; up to $6 billion in loan guarantees for new renewable/geothermal power projects; and $400 million in new funding for DOE’s Geothermal Technologies Program to implement a wide range of R&D activity. 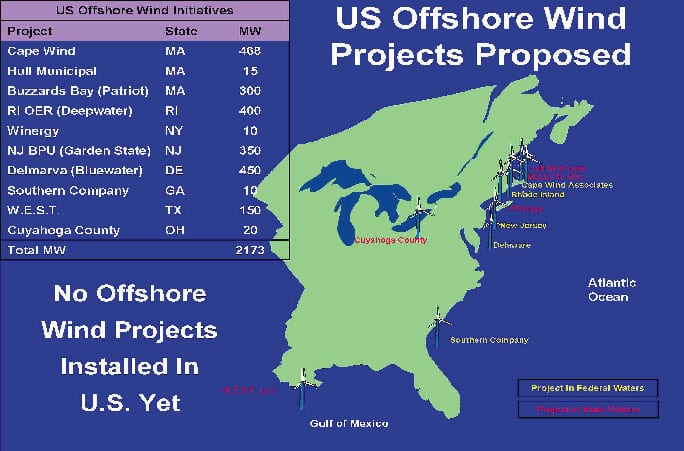 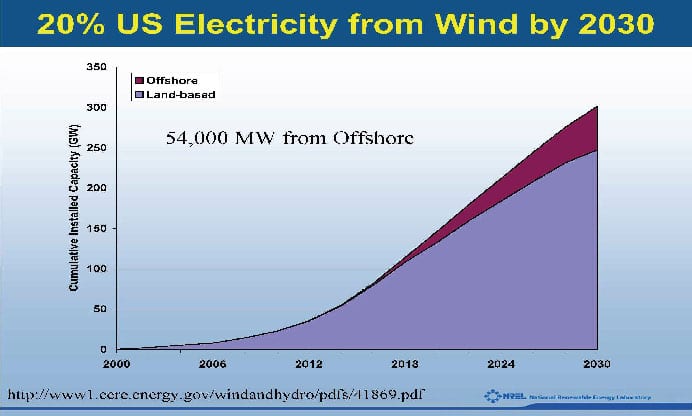 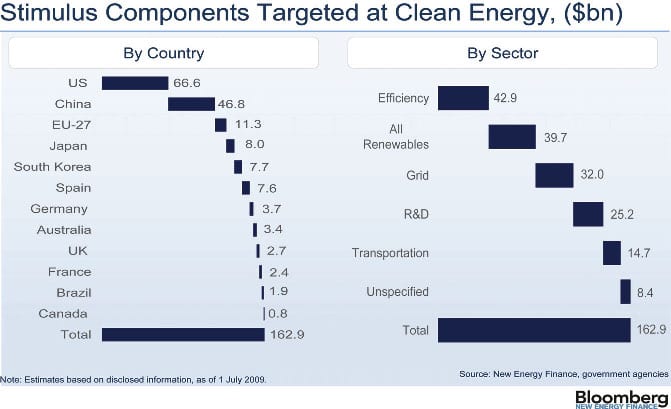 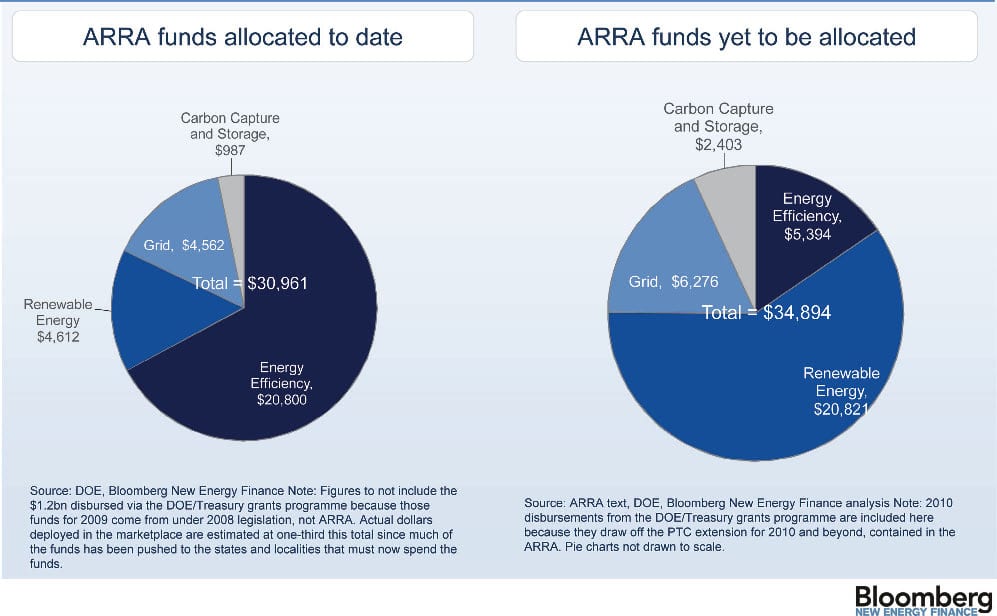