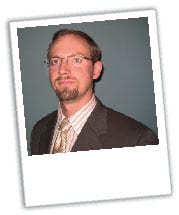 Brendan Miller became New Mexico’s first Green Economy Manager in 2008. We asked him to explain his role and the state’s clean-energy strategy.

BF: What is New Mexico’s strategy for development of alternative energy growth?

BM: Gov. Richardson’s Green Jobs Cabinet (GJC) has identified five key goals for New Mexico: 1) Be the leader in renewable energy export, 2) Be the Center of the North American Solar Industry, 3) Lead the nation in Green Grid innovation, 4) Be a center of excellence in green building and energy efficiency, 5) Have a highly skilled and ready-to-work workforce.

BF: Many states are focusing on one type of renewable energy, while others are trying to build a diversified base. Should each region “play to its strength” or is diversification the key to success?

BM: We have been stressing the importance of economic and energy diversification across the state. In New Mexico we are blessed with strong solar, wind and geothermal potential and we plan to develop all three. These various sources can support each other by increasing the load factor on transmission lines since they are available at different times of the day. This means less natural gas or storage will be needed to back up intermittent renewable energy sources, reducing costs. I believe it is important at the utility scale to play to regional strengths to compete.

BF: What are the major economic development challenges that may arise from a cap-and-trade system?

BM: With New Mexico’s strong history of oil and gas production, we have to find a way to strike a balance on cap and trade issues.  Carbon pricing can stimulate innovation but it can also produce business and job “leakage” if it is unevenly implemented between states. Our department generally considers national or regional cap and trade structures that create a level playing field between states a reasonable compromise.

BF: How critical is it to create an infrastructure for clean energy technologies, including major new transmission systems?

BM: Transmission is absolutely critical for a state like ours with a large renewable energy resource and a small population. We must find ways to get our power to major demand centers, which is why our Renewable Energy Transmission Authority is so important. Energy storage and other green grid / smart grid infrastructure will also be critical. We are working to make progress on all of these fronts.

BF: Many governors are calling for national standards that would set a goal of 10% of U.S. electric power derived from renewable sources by 2012. Do you believe this goal is achievable?

BM: These goals are very achievable. Reaching them will require developing regional renewable energy assets across the U.S., new transmission capacity and robust customer scale rooftop renewable programs in every state. Keep in mind that the National Renewable Energy Laboratory projects that in the southwest U.S. that solar will be at grid price parity by 2015 or 2016. The rest of the country will follow soon after that.

If Utah Gov. Gary Herbert has his way, the Feds soon will be evicted from a large portion of the Beehive State.

In past decades, the U.S. government has amassed large chunks of territory in Utah. According to some estimates, nearly 60 percent of the state is in federal hands.

Gov. Herbert last month signed two bills authorizing the use of eminent domain to let the state seize federal land and turn it over to economic developers who are salivating over a number of energy-rich sites.

Officials in Utah are hoping this legal challenge makes its way to the U.S. Supreme Court. Legal analysts say it is unlikely Utah will prevail in this contest, because the national ramifications would be so profound.

Then again, we understand there’s a super-volcano under Yosemite that may be building towards a catastrophic explosion. Faced with the prospect of cleaning up the aftermath, Uncle Sam just might be willing to transfer the lease to an unsuspecting theme-park entrepreneur.