The Georgia Department of Economic Development (GDEcD) has announced that Orcon Products, based in Union City, CA, is expanding to Douglas, GA in Coffee County. With this expansion, Orcon plans to create at least 50 direct jobs within the plant’s first 12 months of operation.

Formed in 1962, Orcon Products manufactures seaming tape for aerospace and carpet applications. The company’s Douglas plant will primarily be tasked with manufacturing carpet seaming tape. This operation will locate in an existing 45,000-square-foot warehouse in Douglas, and will be ready for production by March 2010. Hiring is scheduled to begin by the end of February 2010.

“The positive guidance and assistance that the Georgia Department of Economic Development and the Douglas-Coffee County Development Authority provided to Orcon Products during its search for a location for a new manufacturing site were deciding factors in Orcon Products selection of Douglas-Coffee County,” said Hollis Bascom, Orcon Corporation founder, president and CEO. “It’s always a pleasure to work with professionals.”

In addition to Coffee County’s pro-business climate, Orcon Products will also leverage the benefit of a well-trained workforce through collaboration with Quick Start, Georgia’s strategic workforce training solution. Quick Start’s five regional offices mean that no matter where in Georgia a company chooses to locate, a Quick Start team of experts is available to provide training services.

“It is always a great feeling to bring new jobs to Coffee County and Georgia,” said JoAnne Lewis, Executive Director of the Douglas-Coffee County Development Authority.  “With more than 40 years of success, Orcon is a great example of entrepreneurship. The doors of our community are open to job growth and we are proud to have Orcon as a partner.” 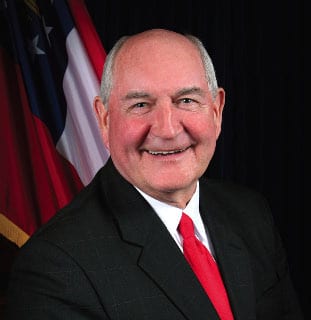 The 200,000-square-foot facility will serve as a closed die forging operation providing components for the aerospace industry. Once fully operational, the company’s Georgia facility will create at least 200 local jobs.

“The aerospace sector is a targeted industry for Georgia,” said Gov. Perdue. “With the opening of its new operation in Liberty County, Firth Rixson Limited strengthens our leadership position in the sector and brings welcome news to the county and state as we begin the new year.”

Firth Rixson’s Midway operation will be known as Firth Rixson Forgings LLC, and will represent the company’s largest greenfield investment. The new facility will also become Firth Rixson’s fourth closed die forging facility. The majority of the more than 200 anticipated jobs will be hired from the local workforce, with hiring for human resources positions beginning now.

“Firth Rixson Forgings LLC represents the continuation of Firth Rixson’s strategic initiatives and growth plans. Our management and technical development approach consistently results in products that provide satisfaction to our customers, and operational results that satisfy our owners,” said David C. Mortimer, CEO of Firth Rixson. “We will leverage the synergy with our current closed die operations in the United Kingdom to offer our products and service to a broadened market. We are extremely pleased to expand our business in the U.S.”

With its new Midway location in close proximity to Savannah, Firth Rixon Forgings will have convenient access to the pipeline of talent at Georgia Tech’s Savannah campus. As one of the nation’s leading engineering schools, Georgia Tech is an active partner to aerospace and other industries, and has a record of being a key factor to the success of companies in Georgia by providing industry expertise and helping them compete in the global marketplace.

“We are very pleased Firth Rixson has selected our environmentally sensitive and well designed Tradeport East Business Center as the location for its new facility,” stated Allen Brown, chairman of the Liberty County Development Authority. “Firth Rixson joins an already robust existing industry base in Liberty County where approximately 70 percent of our current employment is tied to companies headquartered abroad. Companies like Firth Rixson have found Liberty County to be a place where they can grow globally.”

The aerospace industry plays a significant role in Georgia’s economy, and provides more than 80,000 jobs for aircraft manufacturers and aerospace suppliers. Companies in this industry in Georgia can take advantage of the state’s well-trained workforce through the nationally recognized Georgia Quick Start workforce training program.

“As a global leader in manufacturing components for the aerospace industry, Firth Rixson will be in good company among other leaders in this industry that successfully do business in Georgia,” said Ken Stewart, commissioner of the Georgia Department of Economic Development. “Georgia is pleased to be a part of Firth Rixson’s expanded operations in North America.”