Coherency and cooperation among political entities can help move a location to the forefront of the selection process. 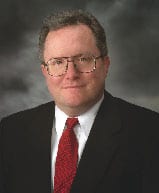 Q What type of political considerations come into play during the site selection process, and what is the best way of dealing with these issues?

The Expert Says: Although the primary focus of the site selection process is on physical assets, operating costs and quality of life, a firm and/or its facility will often face political complications aside from these common decision criteria. It is important for the site selecting firm to recognize political considerations, account for them properly in the decision process (don’t ignore them, don’t “overweight” them), and then incorporate them into the final decision.

When political considerations do come into play, they are typically geo-political considerations. Of particular interest will be the issues of committee assignments, voting records and stated positions of elected officials on key industry, company and product issues which are mitigating factors in the selection of the best site.

Political considerations can range in importance from an initial project screening criteria to an “additional information” factor that may only marginally contribute to a final decision. Generally, if political considerations arise in the early project alignment sessions, they must find a place in the project along with many other key decision criteria. The proper weighting of political factors is an important and sensitive part of the alignment process.

Political considerations are typically secondary; i.e., becoming a factor at the end of the process when certain regulations or legislation may benefit or hinder a client, and during the incentive negotiation process. For example, many other prevailing factors must be considered before politics come into play in wind energy projects: unique physical factors, such as proximity to high wind zones and logistical concerns; and there are key operating factors, including availability of skilled labor and education programs.

Another selective living factor is a state’s political policy on relevant issues. In another renewable energy example, State Renewable Portfolio Standards (RPS) can have an influence on location decisions for alternative energy firms. While a state lacking RPS’s will present some hurdles, it will not necessarily be eliminated from the process because the decision is first and foremost made based upon business factors. However, the lack of RPS’s may also show an inconsistency between economic development recruitment entities and state policies, a possible source of confusion. This confusion may cause an interested company to have a negative impression of the political climate in the region, which may weigh heavily in the mind of the client.

Although political considerations are rarely the driving force behind a siting location decision, completely discounting them could be detrimental to a project. An awareness of geo-political factors in the siting process, while retaining the ability to separate them from the physical assets and operating costs involved, is imperative. Since sites need every advantage possible in order to compete as a possible location, coherency and cooperation among political entities will create a benefit for a location. All of the factors as a whole will combine for a project win, but it is still important to recognize the weight each of these factors hold.