Michigan Gets $1.35 Billion from DOE for Advanced Battery Development 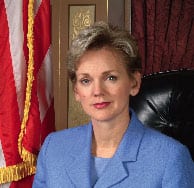 Vice President Joe Biden recently announced that 12 Michigan projects have been awarded more than $1.35 billion in economic stimulus grants from the U.S. Department of Energy to support advanced battery and electric vehicle manufacturing and development.

Funding for the competitive grants comes from the American Recovery and Reinvestment Act. The projects are estimated to create 6,800 jobs in the next 18 months and up to 40,000 jobs by 2020.

“Three years ago, we identified the advanced battery market as a key emerging sector that Michigan, already the global center of automotive research and development, was positioned to lead,” Granholm said. “We developed an aggressive strategy to make Michigan the advanced battery capital of the world, and today’s announcement is another huge step toward that goal.”

“Michigan is the leader among states in the advanced battery field, and it will help transform our economy,” Cherry said. “We are working to establish an entire advanced battery industry with manufacturers, suppliers, and the entire value chain located right here in Michigan, creating new economic activity and new jobs.”

The state also is expanding its advanced automotive research outside of the metro Detroit area. For example, Mercedes-Benz is expected to hire more than 200 workers for a hybrid technologies research and development center that will be relocated from Troy, MI to Washentow County. The center will be the first major alternative propulsion technology operation in the Ann Arbor, MI region, which is steadily assembling a range of companies devoted to advanced batteries and electric-vehicle technology.

“In 2006, Michigan charted a course to lead in advanced battery development and we have not looked back,” MEDC President and CEO Greg Main said. “We engaged industry experts every step of the way and secured unprecedented bipartisan support for some of the most generous and innovative economic development tools in the nation. I commend Governor Granholm and the Michigan Legislature for enabling Michigan to be a global leader in this industry.” 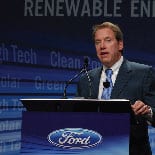 The project, which still requires approval of federal and state incentives, will provide up to 4,000 jobs on site.

“Michigan is fast becoming a North American hub for manufacturing renewable energy products,” Gov. Jennifer Granholm said. “Today we’re adding to our growing list of world-class green manufacturing leaders who want to establish operations here. Michigan is attractive to them because of our skilled workforce, technical know-how, and manufacturing capacity.”

At a celebration on the Wixom site, Ford Motor Company Executive Chairman Bill Ford Jr. announced plans to sell the former manufacturing facility to Xtreme Power and Clairvoyant Energy; they are creating a new partnership to redevelop the property. The two anchor manufacturers plan to begin production in the fall of 2011 and also expect to attract suppliers and other manufacturers to the site.

Xtreme Power says it will create 2,500 direct jobs, while Clairvoyant will create 270 direct jobs initially and projects employment to eventually reach 1,100. Oerlikon Solar, a Swiss-based manufacturing partner of Clairvoyant, plans to locate its North American headquarters at the site and create 300 jobs. An additional 10,000 supplier and indirect jobs are estimated to be created by this economic development.

Last month, nine Michigan companies were awarded a total of more than $1.35 billion from the U.S. Department of Energy to support advanced-battery and electric-vehicle manufacturing and development.

Michigan is Still in Motion

State of the Year Award: Michigan