From bioscience to alternative energy, a bevy of emerging growth sectors have discovered “there’s no place like home” in the Sunflower State. 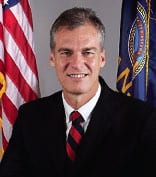 Many states are scrambling to reinvent themselves as the U.S. begins to pull itself out of the worst economic downturn in more than 70 years. They are shedding the hollowed-out remains of manufacturing sectors that peaked decades ago and eagerly embracing the emerging growth drivers of the 21st century.

Kansas is uniquely positioned to enjoy the best of both worlds.

A long-time center for the animal health and nutrition industry, the Sunflower State now is profiting handsomely from the intersection of animal health research and biotechnology. The U.S. House of Representatives last month passed by a vote of 312-108 a resolution designating the region stretching from Manhattan, KS to Columbia, MO as the “Kansas City Animal Health Corridor.”

Kansas also is moving quickly to capitalize on its world-renowned association with high wind (made famous by Dorothy and Toto) as the quest for alternative, renewable energy surges to the top of the national agenda. The state not only is a natural venue for the generation of wind power—it also is becoming a hub for manufacturing of wind energy components, including wind turbines.

The newly designated Animal Health Corridor encompasses the largest cluster of animal health and nutrition industry concerns. It is home to companies that account for nearly 32 percent of total sales in a global market estimated at $19 billion.

Ceva Sante Animale, a global leader in the animal health industry, recently announced it will invest $15 million in the Kansas City Animal Health Corridor with the construction of a new production facility for its U.S. subsidiary, Ceva Biomune. Currently headquartered in the Corridor, Ceva Biomune will add 80 new employees to its existing workforce of 180. The 20,000-square-foot facility will house a new poultry vaccine production operation on its existing campus in Lenexa, KS. 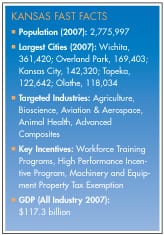 “Ceva’s investment in the Lenexa campus emphasizes our dedication to poultry vaccines,” said Dr Arnaud Bourgeois, vice president of Ceva Sante Animale. “Thanks to the KC Animal Health Corridor’s extended networking opportunities within the animal health industry, we will continue to invest in breakthrough technologies that will support our future growth. Several projects are already in the pipeline.”

Kansas’ status as a biotech leader was cemented at the end of last year with the selection by the federal government of a site at Kansas State University in Manhattan, KS for a $650-million biodefense lab. The National Bio- and Agro-Defense Facility (NBAF) will replace the 50-year-old Plum Island, NY, lab as the nation’s premier facility for the study of biological threats like anthrax and foot-and-mouth disease.

[Editor’s Note: A federal judge recently dismissed a complaint challenging the selection by the Department of Homeland Security of the Kansas site for the NBAF. The lawsuit was filed by a Texas consortium representing a competing site in San Antonio, TX.]

The NBAF lab is expected to generate 300 permanent jobs, with a payroll that could approach $30 million annually once the project is completed in 2015. Commercialization of products from NBAF will bolster the Animal Health Corridor.

NBAF is the crown jewel in a glittering and lucrative array of biotech initiatives in the Sunflower State. Moving full steam ahead is the Kansas Bioscience Authority (KBA), a $581-million effort spawned by the Kansas Economic Growth Act of 2004. KBA specializes in connecting commercial start-ups with the state’s growing bioscience research clusters. The list of projects funded in 2009 includes:

• The $4.1-million Kansas Bioenergy and Biorefining Center of Innovation, which will bring key industry players together with researchers from the University of Kansas and Kansas State University (KSU). The center will use biorefining to develop alternative fuels and chemicals, and it expects to commercialize efficient biomass resources for cost-effective, quality power and improved carbon capture.

• A $5-million award to the University of Kansas Medical Center to create the Kansas Bioscience Innovation Center in Drug Delivery, to be located in Kansas City, KS. This facility seeks to create a world-class drug delivery organization.

• Colwich, KS-based ICM was awarded $1 million for a collaborative bioenergy research project to bring cellulosic ethanol solutions to the marketplace.

ICM was selected by the U.S. Department of Energy as one of four biorefinery companies to lead biomass-to-ethanol research efforts using innovative conversion techniques that will create biofuels from non-food sources such as switchgrass, corn fiber and sorghum.

According to Tom Thornton, KBA president and CEO, since the middle of last year the authority has committed more than $166 million to 22 bioscience projects. These investments bring total commitments to $215 million since KBA was created, funding that has helped companies create more than 1,100 biotech-related jobs.

Kansas City area companies account for approximately seven percent of the $17 billion U.S. pet food industry. Mars Petcare US recently announced plans to add a research-and-development facility at its existing Kansas City manufacturing site, update production capabilities at the site and create as many as 157 additional full-time jobs within a year.

Mars Petcare plans to spend up to $18 million at the Kansas City facility. Kansas City gave the company a 50 percent property tax abatement for 10 years, valued around $142,500 for the life of the abatement, said Jeff Kaczmarek, CEO of the Economic Development Corp. of Kansas City. The city granted the abatement through the Enhanced Enterprize Zone program.

The Sunflower State’s status as a leading player in wind energy was confirmed recently at a groundbreaking ceremony for Siemens Energy’s new nacelle assembly facility in Hutchison, KS, the first major wind-turbine equipment factory in Kansas.

The 300,000-square-foot facility is scheduled to become operational in fall 2010 and will create an estimated 400 green-collar jobs. A 90,000- square-foot service and repair facility is planned to be built adjacent to the factory in the Salt City Business Park. 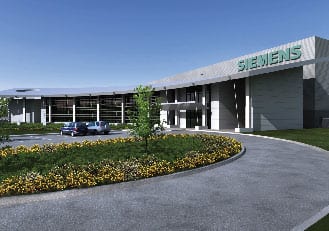 “This facility marks the next step in our plan to further expand our U.S. operations, and Kansas—especially Hutchinson—was the ideal location because of the state and local commitment to wind energy development. The support that we have received here has been overwhelming,’’ stated Kevin Hazel, head of Siemens Energy’s Americas Wind Power supply chain management. ‘’The U.S. is and will continue to be one of the most important wind energy markets.’’

The Siemens plant is part of a trend among major wind turbine producers to manufacture components for huge wind-energy generators in the center of the U.S., a relatively short distance from where the units are being deployed in a “wind corridor” that stretches from the Texas panhandle up through the Great Plains. As reported in the February issue of Business Facilities, Iowa also has become a major manufacturing center for wind energy turbine components.

Gov. Parkinson heralded the Siemens project as the forerunner to the establishment of a major wind energy hub in Kansas.

‘’The nation’s energy challenge provides an opportunity for a ‘made in America’ energy program, and Kansas is ready to be a leader in that effort,’’ Parkinson said.

‘’Our state is the perfect place to start, expand or locate a business and we are very excited that Siemens is putting down roots in the Sunflower State.’’

Supervisor hiring for the new Siemens facility is expected to begin early next year. Positions will be posted online at www.usa.siemens.com as they become available. Siemens representatives will be in Hutchinson to conduct a job fair for hourly hiring in the spring of 2010.