Rich in energy resources, Louisiana is adding new high-tech and research sectors to a traditional manufacturing, oil and gas production base. 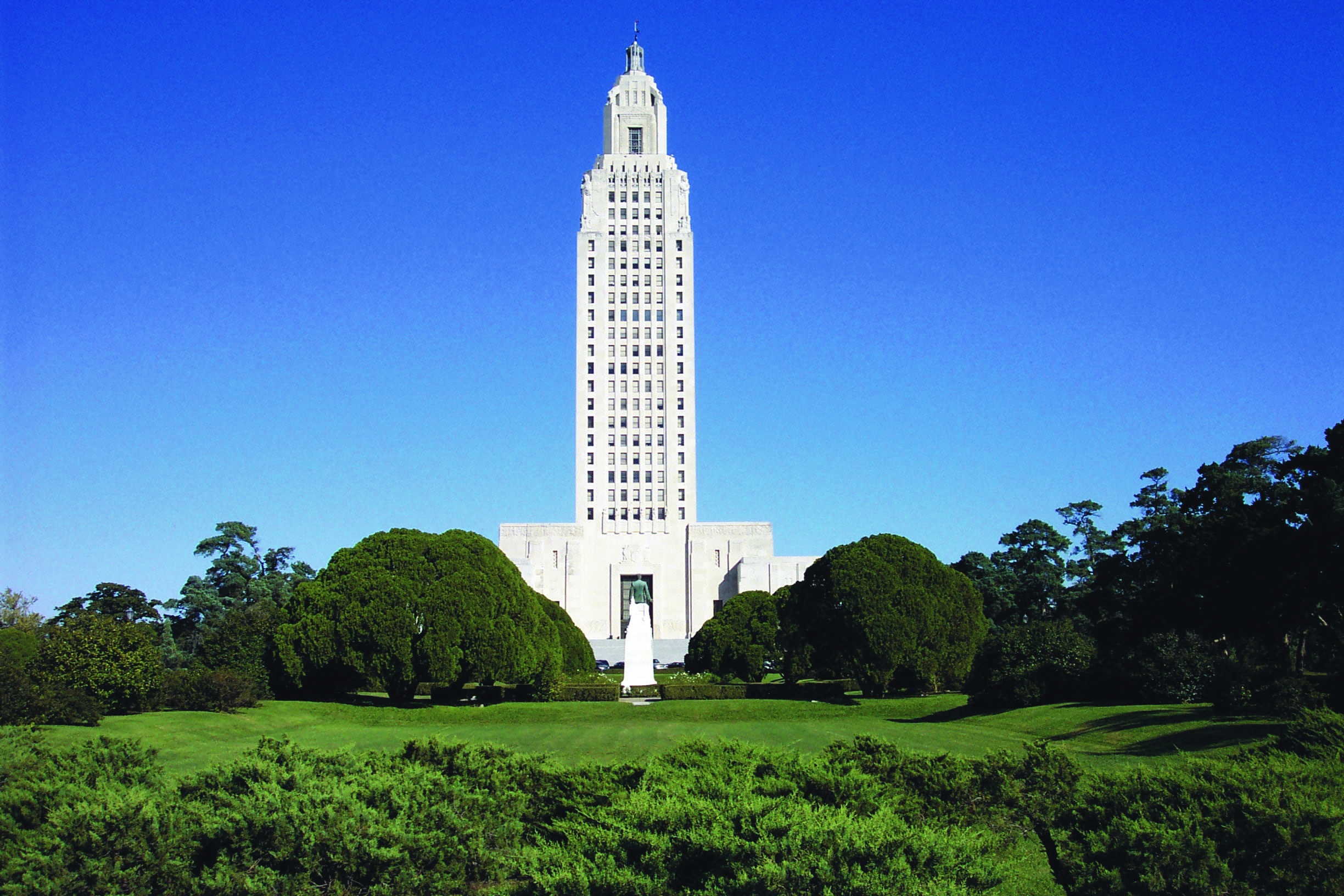 Louisiana is home to traditional industries, such as manufacturing, as well as newer growth industries that include technology and research. A location rich in energy resources, it is the number one producer of crude oil and the number two producer of natural gas in the United States.

To keep its economy strong and competitive, Louisiana has cultivated the state’s economic development assets and continues to work on retaining, expanding, and attracting business. Some of the tools Louisiana has deployed to lure new business include incentives, tax credits, rebates and workforce training.

Jefferson Parish is Building a Diverse Business Base

In spite of the national economic downtown, Jefferson Parish continues to add to its diverse business base, offering state and local incentives, professional site selection services and a new 500-acre business and technology park.

Located on the outskirts of New Orleans, Jefferson Parish leads Louisiana in both population and economic viability. With an AA1 Moody’s Bond Rating and low unemployment (4.8 percent in May as compared to the 8.9 percent national average), Jefferson Parish remains aggressive in its effort to attract new business to the area. 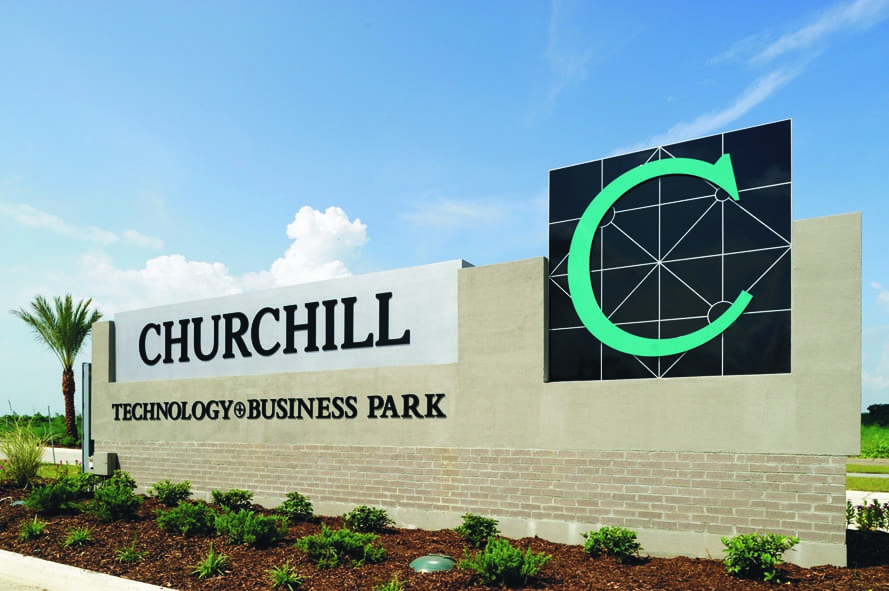 Churchill Technology & Business Park, located on the West Bank of Jefferson, is at the core of the largest intermodal transportation network in the South, with access to the Port of New Orleans, six additional Gulf outlets, airport services, six Class I rail lines and major interstate systems.

Logistics companies, manufacturing facilities and corporate headquarter operations will be housed in the park, along with the Jefferson Parish Economic Development Commission’s (JEDCO) office, Churchill Technology Incubator and the Patrick F. Taylor Science and Math Academy.

A variety of tax incentives and rebates are available not only to businesses who locate in Churchill, but also businesses which relocate within Jefferson Parish.

Businesses within the park or located in an Enterprise Zone (EZ) can take advantage of state tax credits and rebates. Through the EZ program, businesses can receive a $2,500 tax credit for each new job created along with a five percent rebate on sales tax for materials, machinery or equipment.

Workforce development grants also are available to businesses, regardless of their location within the parish, for pre-employment training and the training of existing employees. Specialized tax credits are available through Louisiana Economic Development in the areas of research, audio and film production and technology.

The Jefferson Parish Economic Development Commission has a staff of experienced specialists to help navigate through the site selection process, identifying and customizing the most lucrative incentive package for businesses. As the only local economic development organization in the state accredited by the International Economic Development Council (IEDC), JEDCO also serves as a valuable resource during the application and permitting process.

Shreveport is the third largest city in Louisiana and the commercial and cultural center of the Ark-La-Tex (the area where Arkansas, Louisiana and Texas meet). With a large service economy, major medical facilities, several colleges and strong tourism, Shreveport is a busy metropolitan  area with all the trimmings.

Shreveport’s natural assets have also been drawing well-deserved  attention. The world’s largest oilfield services company is expanding its operation to handle a major new natural gas find. Schlumberger Limited’s decision to expand its facility in Shreveport was largely influenced by the Hanesville Shale discovery, a formation mainly composed of consolidated clay-sized particles deposited and buried in northwest Louisiana and east Texas during the Upper Jurassic age (more than 170 million years ago). Characterized by ultra-low permeability but with a high porosity compared to other shales, it has the potential to produce as much as 39 trillion cubic feet of gas.

The company will renovate its existing 250,000 square-foot warehouse, converting it into maintenance shops, laboratory facilities and office space. The project will combine regional business segments into one oil field services headquarters and provide space for future expansions.

“We ultimately will convert this compound into a state-of-the-art facility that will enhance our regional operations and provide our clients with optimum service using high-tech equipment and highly skilled labor,”said Schlumberger operations manager Trent Lee.

The $48-million investment will ensure retention of 120 jobs, bring 400 new permanent positions to northwest Louisiana within four years, and create 250 construction jobs. The new headquarters should be open for business by the fall of 2009 with an expected annual payroll of $30,000,000 to $40,000,000. 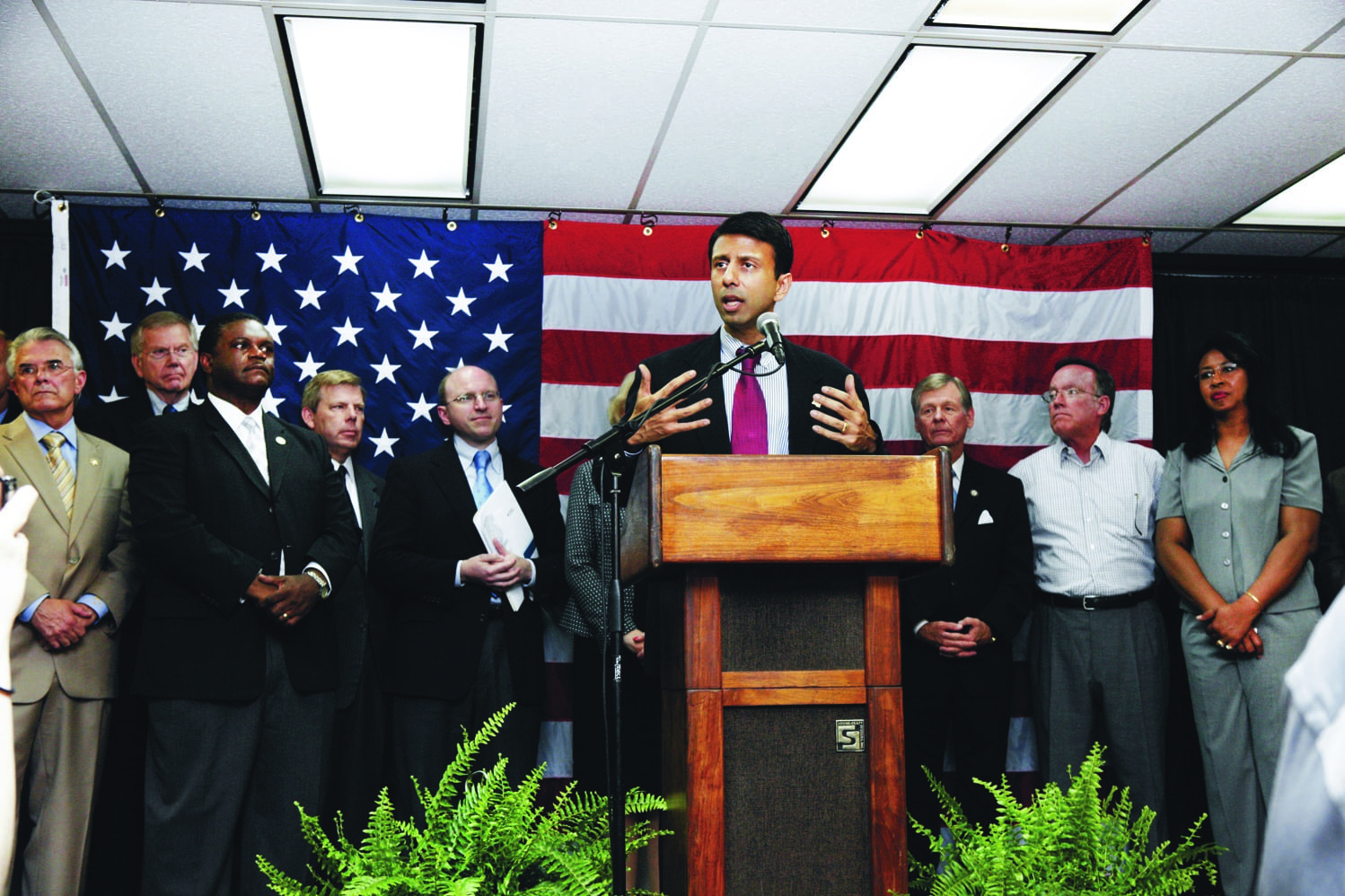 V-Vehicle Company (VVC), a startup American automobile company that hopes to produce an environmentally friendly and fuel-efficient car for the U.S. market, will begin assembling in Monroe, LA, an area whose people Guideco Properties LLC owner, James Davison, believes have a strong work ethic. Chosen for its infrastructure, the facility will be located at the former Guide Corp. plant in Ouachita Parish and increase the 425,000-square-foot, 189 acre plant to approximately 750,000 square feet.

With a pricetag of $248 million, the project will create more than 1400 direct jobs at an average annual salary of $40,000 plus benefits. A Louisiana State University (LSU) economic-impact analysis foresees that the VVC facility will inject more than $19.6 billion into state economic output from 2010 to 2024 and estimates an additional 1800 indirect jobs will be created, totalling 3200 new jobs in Louisiana. Accordingly, they believe the VVC will become one of the top 30 economic-driving firms in Louisiana, based on direct and indirect job impact.

In addition to the customized $67 million state and $15 million local incentive packages put together to help secure the project (these will help fund improvements and expand the Monroe facility), VVC will receive customized workforce recruitment, screening and training for the company and its on-site suppliers via FastStart™. Frank Varasano, VVC Founder and CEO, said VVC also has applied for $340 million in loans from the federal government; these loans would come from a $25-billion loan program established by Congress in 2007 to spur automobile technology. If all of the funds are in place, production will begin in about 18 months.

LSU estimates more than $131 million in new state tax revenue and $36 million in local tax revenue will be generated by VVC and its on-site  suppliers in the first 15 years. Louisiana Governor Bobby Jindall stated, “…through quick, aggressive action to pursue a transformative opportunity, we have a chance…to re-energize the entire U.S. auto industry. Indeed, this project also has the potential to transform the entire Monroe area, and…could be a game changer for the economy of Northeast Louisiana.”

SNF Holding Company, the U.S. subsidiary of SNF Floerger (a chemicals manufacturer based in France), will construct a new water-soluble polymers manufacturing facility in the chemical belt of Iberville Parish. Located on an 800-acre site just south of Plaquemine on Louisiana Highway 405 (River Road), the $363-million facility will produce acrylamide monomer and polyacrylamide powders packaged in bags or supersacks, the need for which is being driven by increased demand for SNF products in enhanced oil recovery (ways to increase the amount of oil that can be extracted from an oilfield).

At the announcement, Louisiana Governor Bobby Jindal said “We’re here because yet another company has taken note of the progress we have made and because of the direction in which our state is headed…Louisiana had to beat out sites in three other states to win this project…we’re showing that we can compete with the rest of the nation and the world to be a new frontier for business investment and economic opportunity.

The facility will be built in modules over a five-year period starting the first quarter of 2010 and create approximately 250 full-time construction jobs. Once fully operational the plant itself will employ over 500 permanent, full-time employees with an average salary of $57,400 plus benefits. A study by LSU estimates that these direct on-site jobs will create about 900 indirect jobs for a total of 1400 permanent new jobs, causing SNF to become one of Louisiana’s top 150 economic-driver firms based on job impact. To help secure the project, state and local officials customized a $39.4-million incentive package that includes a $26.5-million performance-based grant for site infrastructure, primarily covering a railroad spur that will serve the plant and the next-door Shintech plastics plant, and performance-based incentive payments of $1.28 million per year for 10 years. Iberville Parish will also contribute $1 million for public infrastructure. SNF is expected to take advantage of the Quality Jobs program. LSU analysis suggests that the SNF facility will provide more than $3.7 billion in new state economic output and estimates $107 million in new state tax revenue, as well as $29.9 million in new local tax revenue, from 2010 to 2025.

The eight parish area (Avoyelles, Catahoula, Concordia, Grant LaSalle, Rapides, Vernon and Winn) of Central Louisiana (Cenla) is known as “The Crossroads” region, a place where Louisiana comes together. Arkansas, Mississippi, Texas and all of Louisiana are easily accessible to the area. Cenla has the intermodal capabilities to meet any business or personal need. An ideal distribution hub to service a marketplace of 38 million consumers, Cenla has an international airport, rail and fiber optics for telecommunications.

Highway transportation includes Interstate 49, connecting to I-20 in North Louisiana and I-10 in South Louisiana. The four-laning of area highways, including Louisiana Highways 84 and 28 and U.S. Highways 165 and 167 continue to improve the transportation infrastructure in the region. Highway 28 is an integral part of the Gulf Coast Strategic Highway.

Alexandria International Airport serves as the aviation hub for the area with a $27 million passenger terminal, and railways include Union Pacific, Kansas City Southern, Acadiana Railway, Central Louisiana Gulf, and Midsouth Rail. The Red River Waterway system, with a port in Alexandria, travels from Shreveport south to Old River where it joins the Mississippi River and the Atchafalaya River system.