T he U.S.-Mexico border towns of McAllen and Mission, TX have seen tremendous development during the last decade, and some investors are discovering a modern-day gold rush.

About 200 miles south of San Antonio, the McAllen/Mission MSA (part of what is called the Valley of South Texas) is one of the most exciting enclaves of economic prosperity in the United States, with new businesses opening weekly to serve a rapidly growing population of more than 720,000.

Twenty years ago, the area held less than half the current population, with an economy primarily focused around agriculture. Since then, a tidal wave of investment has changed thousands of acres of farmland into shopping centers, residential subdivisions and new industrial parks. Expansion of local companies and the relocation of more than 500 industrial companies, including several Fortune 500 companies, have created more than 120,000 new jobs.

The McAllen/Mission MSA population is exploding to keep up with the job market, adding more than 150,000 new residents since the 2000 census and keeping the real estate market strong. Population is projected to double by 2025.

Centrally located in one of the nation’s largest trading blocks, McAllen/Mission offers businesses access to new markets and a globally competitive cost structure. Some industries that have already relocated to the area include automotive, aerospace, electronics, appliances, and medical supplies.

Fisher & Paykel, a New Zealand appliance manufacturer, is locating to a former Maytag facility in Reynosa, and is estimated to save roughly $50 million per year by consolidation and lower labor costs.

Another new regional development is the Rapid Response Manufacturing Center, a university-related research, engineering, and design center that enables manufacturers, businesses and entrepreneurs to take products from concept to the marketplace as rapidly and cost effectively as possible.

T he Anzalduas International Bridge, one of two Mexican border crossings in the Mission, TX area, is set to open in October 2009 after several years of planning and development. Anzalduas will directly connect Mission to Reynosa, Tamaulipas, a hub for maquiladoras and industrial activity in Mexico.

Hidalgo County officials expect a dramatic increase in traffic flow—industrial, retail, commercial and tourists—going to and from the border, and want to ensure those using the span will be able to cross easily.

“Anything that helps expedite movement from the border to major markets in regions north will be beneficial,” says Pat Townsend, director of the Mission Economic Development Authority.

Mexico plays a critical role in Mission’s and the surrounding area’s economy by bringing in sales tax revenue from manufacturing and industrial companies, retail and commercial development, and by attracting Mexican tourists who reportedly spend three times more than the average American shopper.

The Hidalgo County planning organization may spend part of its share of federal economic stimulus money to remove a bottleneck north of the Anzalduas bridge. The agency has a $10-million plan for an improvement that would help advance truck mobility and high-speed merging onto city highways.

When completed, Townsend said, the improvements would reduce the traffic delays that are a major concern to maquiladora managers.

Reynosa is one of the most important cities in Mexico when it comes to importing and exporting goods and vehicle traffic. This has made Mission and other South Texas border regions an important international gateway to the United States.

Despite a housing industry slump across the United States, commercial and residential developers are discovering high demand along the South Texas border, so much so that CNNMoney.com recently ranked the McAllen/Mission area as the fifth best place to buy real estate.

One developer experiencing this success firsthand is Infinity Global Development Group, a luxury condominium developer in South Texas. Infinity’s first project in Mission is Vantage Luxury Condos, a mid-rise condominium tower that will bring a contemporary style of living to the area. Months after breaking ground, Vantage has sold more than 91 percent of its units and announced the development of two more condominium communities in Mission.

“Prices are too high throughout the rest of the country,” says Fernando Rivera Garcia, CEO of Infinity Global Development Group, LLC. “There is a tremendous demand for quality housing construction here in South Texas because land prices and construction are still reasonably priced.”

Many of the Vantage buyers are successful Mexican national business owners, with another significant portion purchased by retirees who enjoy the border lifestyle. In addition, border security plays a role in the vibrant Valley economy. In this unique area, communities on both sides of the border have been very cooperative in recent years in helping to make the local economy strong and secure for all people who live and work there. 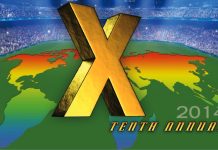