When it comes to advantageous geographic positioning, it’s tough to find a European nation that can rival Austria’s coordinates. This landlocked, Alpine country bustles at the core of Central Europe and, astonishingly, borders eight countries: the Czech Republic, Germany, Hungary, Italy, Liechtenstein, Slovakia, Slovenia, and Switzerland. Austria’s capital city, Vienna, is set strategically along the Danube River, which carves through the country’s northern stretches, while the four next-largest cities—Graz, Linz, Salzburg, and Innsbruck—scatter east from the capital towards Germany and Italy. While roughly 90% of Austria’s eight million residents speak German dialects, Hungarian, Croatian, and Slovene—an indigenous language—also are spoken in certain Austrian states.

Each region of Austria has different targeted industry sectors. For example, the Viennese region focuses on financial services, while Tyrol, home to Innsbruck, concentrates on glass and wood products. Upper Austria targets iron, steel, chemical, and mechanical engineering, while Salzburg is known for electronics. The state of Carinthia, where Slovene is still spoken, is home to Austria’s pulp and paper industry. In total, Austria has nine states, each with its own legislature, though federal government controls the country’s most important issues, including corporate and economic laws.

As a testament to its lucrative location and world-class economy, Austria is among the top ten richest countries in the world based on GDP per capita, which was US$320 billion in 2006, indicating a real growth rate of 3.3%. This is the highest rate since 2000, and about half of a percentage point higher than the European average. Last year, only Luxembourg, Ireland, and the Netherlands had higher GDPs than Austria within the European Union. Austria’s average per capita income (US$38,631) is among the highest in the EU, while its unemployment rate of 4.1% (as of May 2008) is quite low. By comparison, Slovakia’s and Spain’s unemployment rates are twice as high as Austria’s, while the jobless in France, Germany, Greece, Hungary, Poland, and Portugal has swelled to more than 7%, according to the International Monetary Fund.

Austria offers a diverse industrial base, as well as modern financial networks, transportation links, and commercial facilities. While Austria now faces stern competition from its eastern neighbors (and fellow EU members) for foreign investment dollars, its economy also has profited enormously from its proximity to the booming markets of Central and Eastern Europe. Approximately 370 U.S. firms have subsidiaries, affiliates, franchisees, or licensees in Austria; about 150 of these have regional responsibilities for Central European, Eastern European, or Balkan countries, a number that underlines Austria’s geographical link to emerging markets.

Since Austria has a small domestic market, exportation is a crucial component of its economic success. Some of the most important Austrian exports are automotive components, food and drink, steel and iron products, paper and cardboard, and pharmaceutical products. In 2006, Austria exported US$8.5 billion worth of goods to the United States (and imported US$4.8 billion worth of goods from the United States).

Thus far, the recent devaluation of the dollar has not had a significant effect on Austrian exports to the United States. In fact, after Germany and Italy, the United States is Austria’s third most important trading partner, followed by Switzerland and France. The Austrian Trade Promotion Organisation has U.S. offices in Atlanta, Chicago, Los Angeles, New York City, and Washington D.C.

The Chicago office, in cooperation with the Austrian Trade Commission Toronto, planned a weeklong trade mission in October to North Carolina, South Carolina, and Georgia, plus Toronto, with a focus on automotive suppliers and manufacturers. The program began on October 5 with a welcome reception in Toronto, followed by two days of company visits with Magna International, Toyota, the Automotive Parts Manufacturers Association, and more operations based in Canada. The group then flew to Charlotte, NC to meet with state representatives before moving on to visit BMW’s assembly plant in Spartanburg, SC. The group met with various companies in South Carolina, including Robert Bosch and Clemson University’s International Center for Automotive Research, before traveling to Atlanta, GA. There, they met first with an automotive supplier, then with representatives from the state of Georgia and the
city of Atlanta at a luncheon with Austria’s Honorary Consul. 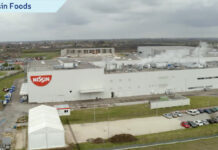 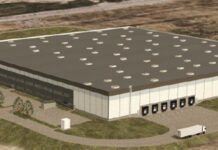