The Palmetto State’s Department of Commerce is casting lines into international waters in an attempt to reel in foreign traders.

The domestic trading of goods is an important segment of every state’s economy, but shipping homegrown and homemade products to international markets can tap into a larger revenue source. In 2007, South Carolina exported more than $16.5 billion worth of goods to more than 150 countries, according to the state’s commerce department. This 21.6% increase over 2006 totals ranks it ninth among all U.S. states and territories, and solidifies its number one foreign trade status in the Southeast.

To build on this internationally successful economic development effort, the South Carolina Department of Commerce has embarked on a series of foreign trade and investment missions throughout 2008. Companies located in South Carolina that are looking for export sales opportunities have taken advantage of these pre-arranged ventures. During the first two weeks of September, shortly after the conclusion of the Beijing Olympic Games, a delegation of South Carolina businesses will tour China, one of the world’s most robust economies.

This mission will assist South Carolina businesses looking to expand their market reach by selling products to Chinese importers. Companies will be given the resources and guidance to pursue export opportunities in China by receiving one-on-one matchmaking appointments, arranged by the U.S. Foreign Commercial Service, with potential buyers, distributors, representatives and/or business partners in the mainland Chinese cities of Shenzhen and Xiamen.

Numerous South Carolina companies, from large corporations to smaller specialty businesses, already take advantage of export opportunities to China. In 2007, the People’s Republic purchased more than $700 million worth of goods from South Carolina. Inversely, South Carolina’s exports to mainland China soared 28% in the first quarter of 2008.

EBTRON, Inc., based in Loris, SC, has supplied numerous contracts in China as a result of the company’s participation in 2007’s China trade and investment mission. Since then, EBTRON’s airflow measurement products have been sold for use in multiple process control systems for the tobacco industry throughout China. The company’s new Beijing representative was instrumental in securing orders for a new U.S. government building, plus renovations at China National Radio and a Daimler facility; all three projects are under construction in Beijing.

This year’s mission will include stops in three Chinese cities: the aforementioned Shenzhen and Xiamen, plus Shanghai. South Carolina businesses also will visit the special administrative region of Hong Kong. But the mission’s main focus will be on Shenzhen and Xiamen, China’s first cities to implement capitalist reforms in 1980. In less than 30 years, Shenzhen has grown into a metropolis of 10 million people and is the richest city in mainland China. Shenzhen’s port is one of the busiest in the world and enjoys 10 times more annual volume than South Carolina’s own Port of Charleston.

Xiamen is the venue for the China International Fair for Investment and Trade (CIFIT). As China’s largest investment conference, CIFIT will showcase the investment climates, policies, and opportunities of regions throughout the world in an effort to guide Chinese enterprises to invest successfully overseas.

As South Carolina’s exports continue to grow, so do the businesses engaged in export activity in our state. South Carolina’s diverse economy is producing more products enjoyed by more people all around the world, and this export growth directly translates into job opportunities for South Carolinians. Last year’s numbers also are a testament that the state’s business-friendly climate is working to strengthen our ability to compete in the global economy, says Joe
Taylor, South Carolina’s secretary of commerce.

Not all trade missions are as far-flung as China, however. In July, the state’s Department of Commerce held a trade and investment mission to Canada, which stopped in Toronto and Montreal and was hosted by David H. Wilkins, the U.S. Ambassador to Canada.

Canada is home to numerous companies that have invested in South Carolina. In 2007, Canada purchased nearly 20% of South Carolina’s exports, with total sales worth more than $3 billion, making Canada the second-largest export market for South Carolina. In an attempt to further strengthen economic ties with Canada, South Carolina opened a state office in Toronto in March 2007.

• South Carolina ranks first among U.S. states and territories   in the export of tires and synthetic staple fiber.

• The state’s leading product sector export is transportation   equipment, with more than $5.3 billion in exports in 2007.

• South Carolina is the second largest exporting state or U.S.   territory to Germany.

Goods made and grown in South Carolina are finding markets around the world through our state’s ports. Strong outbound volume over the past few months indicate that exports continue to increase, says Bernard S. Groseclose, Jr., president and CEO of the South Carolina State Ports Authority. Three of South Carolina’s most impressive growth markets in 2007 were the United Arab Emirates (up 201.8%), Australia (up 57.8%), and South Africa (up 42.7%). Automobiles, machinery, and aircraft exports played large roles in these increases.

After September’s trade mission to China, South Carolina plans to embark on a similar jaunt to Israel from November 6th to 14th. This delegation will be led by Dr. Ray Greenberg, president of the Medical University of South Carolina, and will include stops in the major Israeli cities of Jerusalem and Tel Aviv. With an economy zoned in on technology, Israel is a global leader in software development, and the nation’s targeted industrial sectors include high-tech electronic and biomedical equipment, processed foods, metal products, and chemicals.

In 2007, Israel purchased $28.9 million worth of products from South Carolina, marking a 10.5% increase from 2006. South Carolina’s exports to Israel included paper products, machinery, chemical products, fabrics, and plastic and rubber products, among others.

South Carolina’s World Trade Center is located in the state capital of Charleston, and the Center is charged with the mission to promote and support international commerce through education, networking, trade development services, and international business opportunities for companies and individuals throughout South Carolina.

As the Department of Commerce tours Israel in November, the SC World Trade Center will embark on a trade mission to the United Arab Emirates. This venture will include a visit to Dubai Ports World and the Free Trade Zone, in addition to meetings with trade zone tenants; import and export executives; logistics experts; the government and economic development department of Dubai; and Nakheel Properties, the developer of Dubai’s man-made commercial and residential Persian Gulf property, the Palm Islands.

Spanning every inhabited continent, South Carolina’s crisscrossing trade routes and international commerce missions have given the state’s economy a boost, and its businesses a passport to the world. 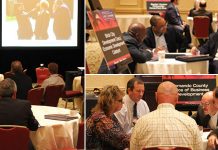 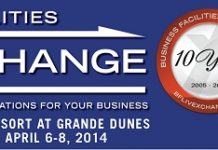