Iowa is rapidly staking its claim as the number one wind-turbine manufacturing hub in the nation.

An area stretching from the Great Plains to the Texas panhandle is home to one of the most consistent wind corridors in the world. As global oil prices have skyrocketed, the flat, barren cattle-drive trails of yesteryear are rapidly being populated by ultra-modern wind turbines in the 21st century drive to develop alternative energy.

Texas and Iowa have emerged as leaders in the development of wind-generated electricity. According to the American Wind Energy Association, Iowa was the top-ranked state in 2007 for wind power measured as a percentage of overall electricity generation (at 5.5%), with almost 1,300 megawatts of installed capacity.

As reported recently in our Business Facilities blog, Texas is undertaking the largest wind-power transmission project in the nation, a $4.93 billion effort that aims to build a web of transmission lines that can carry 18,500 megawatts of wind-generated electricity. The Lone Star State already has the largest installed capacity of wind power, at 5,300 megawatts.

Iowa, however, stands head and shoulders above other leading wind power players in a critical component of the emerging alternative energy industry: the Hawkeye State has established itself as the major wind-turbine manufacturing hub in the United States.

According to Jeff Rossate, division administrator of Iowa’s Department of Economic Development, convenient logistics played a key role in the development of the turbine manufacturing hub.

“Minimizing the logistics cost was key. We are centrally located for this market, and we are dealing with large components that are costly to move over great distances,” he says. “We got there first, and now we have the greatest concentration (of turbine makers).”

Another big plus for the development of the turbine manufacturing hub was the availability of existing facilities that could be converted to turbine production, and the skilled labor force needed to man these operations. Many of these workers came from a pool of more than 1,800 Maytag employees who lost their jobs when the appliance maker shut down its operations in Newton, IA.

The Maytag move and other relocations also opened up existing facilities already equipped with 50-ton heavy cranes and high bays that are prerequisites for large-scale turbine manufacturing. The available facilities also were situated adjacent to interstate rail lines.

Trinity Structural Towers, a builder of turbine towers, now employs 160 at the former Maytag site. TPI will begin hiring this fall to produce turbine blades for GE Energy, which has signed one of the largest single-year contracts for wind turbines in the history of the global wind industry ($1 billion, with Invenergy LLC).

Because a large wind turbine can require more than 8,000 parts, the successful establishment of a turbine manufacturing hub in Iowa also is spawning a rapidly expanding network of tier 1 and tier 2 original equipment manufacturers and suppliers. More than 90 companies are supporting the wind-turbine industry in Iowa, Rossate says, and the overall investment has topped $500 million.

“The next big wave is the component suppliers, including [suppliers of] generators and gears,” he adds.

Rossate says a lot of the credit for Iowa’s burgeoning alternative energy industry belongs to Gov. Chet Culver, who has aggressively promoted a renewable energy strategy for the Hawkeye State. Culver has dubbed Iowa’s wind energy hub “the Silicon Valley of the Midwest.” The wind turbine manufacturing initiative has grown in tandem with Iowa’s sprawling ethanol production capacity, which is driven by agricultural giants like Monsanto and Archer Daniels Midland.

Iowans may have taken corn and wind for granted in the past, but there’s nothing corny about the methodical way they are busy putting these abundant staples to work as engines for economic development. Iowa is a wind power force to be reckoned with. 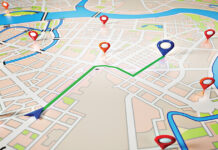 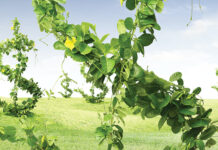