The biotechnology and pharmaceuticals sectors have become engines for economic development across the country.

In July, Business Facilities published its annual rankings for state and metropolitan leadership in biotechnology and pharmaceuticals. The results reflected a fierce competition amongst localities in these two sectors, and the fact that biotech has emerged as a primary driver of economic growth across the country.

The competition for the top-ranked state in overall biotechnology strength was very close, with Pennsylvania edging out California and Massachusetts, which tied for second place. Ohio and Texas also finished in a dead heat for fourth place. Every state that placed in the top 10 of this year’s ranking should be considered a biotechnology leader.

California topped all of the other states in overall biotech employment (Pennsylvania was second in employment), but the diversity and depth of Pennsylvania’s initiatives enabled it to score in more than half of the rankings criteria categories, giving it the top ranking. Pennsylvania has set aside $150 million in 2007-2008 from its tobacco settlement allocation to support bioscience research in the Commonwealth Universal Research Enhancement (CURE) program; it has created three regionally based Greenhouses that are comprehensive centers for the commercialization of bioscience research; and it has earmarked more than $32 million during the past two years to fund high-technology facilities, including bioscience sites.

Manhattan, Kansas, home of Kansas State University, is increasing its already formidable presence in animal health, food safety, food security, biosecurity research and engineering. Manhattan was recently named one of five finalists for the National Bio and Agro-Defense Facility (NBAF) by the Department of Homeland Security. The $450-million project will employ hundreds of scientists and researchers and generate billions in economic impact over the next 20 years.

K-State presently has 200 scientists/researchers who work in the area of agri-bioscience, and faculty members generated more than $114 million in outside funding in the 2007 fiscal year

Major bioscience and research initiatives in Manhattan include:

Biosecurity Research Institute: a $55 million-plus federal project ensuring protection of the nation’s food supply. In early 2008, the BRI received $1.5 million from the Kansas Bioscience Authority to add high-end video capabilities to the Institute’s educational infrastructure, and it will also be the first in the nation to host the National Biosafety and Biocontainment Training Program’s Biosafety and Biocontainment curriculum.

Kansas State University Grain Science Complex: the first professional institute in the United States to provide technical training in support of market development activities for U.S. grains and soybeans. Its staff teaches agricultural and business courses to students from around the globe.

Nanoscale is a company based upon K-State technologies that develops and commercializes NanoActive materials and products such as FAST-ACT, a chemical hazard containment and neutralization system, which permits hazardous spills to be contained, neutralized and safely removed. NutriJoy, Inc., soon to be majority-owned by Coca-Cola Co., was created and supported by the efforts of the Mid-America Commercialization Corporation and Kansas State University through technology donations from the Procter & Gamble Company (P&G). The technologies from P&G included protein particle stabilization technology, which provides a method to make shelf-stable beverages containing juice and milk; and rights to use a proprietary P&G calcium fortification technology, Calcium Citrate Malate.

Bioprocessing and Industrial Value Added Program (BIVAP): this fosters research focused on turning Kansas crops into value-added products and tests cutting-edge processes used to produce new grain-based food and non-food products. This includes everything from biodegradable shell casings to disposable knives and forks made out of grain.

Grain Marketing and Production Research Center: the USDA’s main facility for conducting research on measuring and controlling the quality of cereal grains throughout the grain industry. Major initiatives include study of wind erosion, ensuring grain quality and safety, and control of insect pests in the food supply.

Animal Vaccines: Kansas State is an acknowledged leader in the development of animal vaccines, such as those that combat West Nile virus.

This base of technologies promises to grow even more under the Kansas Economic Growth Act (KEGA). Under KEGA, funding support for bioscience research at Kansas State continues to grow, including support for the Terry C. Johnson Center for Basic Cancer Research, located on the K-State campus.

These activities align with North Carolina’s blueprint for biotechnology development: “New Jobs Across North Carolina: A Strategic Plan for Growing the Economy Statewide through Biotechnology.”

Businesses also have access to tools for profitable, energy-saving performance. These range from energy audit services and rate flexibility to power quality services. And, thanks to the many powerful connections of the cooperatives, assistance with financing also readily available.

Biotech Gets Bigger in NJ

New Jersey’s biotechnology industry continued to both grow and mature in 2007, according to the latest BioNJ industry survey. The industry expanded as measured by several important factors, with the number of public and private companies located in the state increasing beyond 2005 levels, while public companies experienced growth in the number of employees, revenues, research and development expenditures and market cap, according to New Jersey Life Sciences’ “Where Science is Life,” a survey released by BioNJ (with assistance from Ernst & Young) highlights the following recent biotech developments:

“Despite disruptions in the credit markets and corresponding volatility in the equity markets, New Jersey’s biotechnology industry is increasing significantly and could be one of the biggest drivers of employment and economic growth in the State going forward,” says Michael D. Becker, president and CEO of VioQuest Pharmaceuticals and BioNJ Chairman. “Life sciences in general, and New Jersey’s firms in particular, continue to be a hotbed for investment along with merger and acquisition activity-after all, disease is relentless in both good economic times and bad. However, although the biotechnology industry is a significant and growing component of the state’s economy, in view of increasing economic and regulatory pressure and political dynamics, the future prosperity of the industry and the State will rely on a concerted commitment to promote the growth of this industry and forge stronger partnerships between the public and private sectors.”

Conducted during the spring of 2008, the goal of the survey is to identify trends that point to industry strengths and what can be done to improve the industry in the future. Key trends as identified by survey respondents included strong and fundamentally sound science as demonstrated by both the variety of compounds in development and the continued strength of the licensing activity; a belief that New Jersey has the scientific talent needed to commercialize and manage current research and development projects; and that companies expect to continue to hire more employees.

The number of New Jersey’s biotechnology and life sciences companies is growing rapidly with the number of start-up, small, mid-size and fully integrated companies tripling in the past decade.

“As this survey demonstrates, with each year, New Jersey’s growing bio-technology industry becomes even more important to the State’s social and economic viability,” says Angie McGuire, acting chief of the Office of Economic Growth. “Recognizing this, our Economic Growth Strategy includes a significant emphasis on attracting and helping biotechnology companies to grow and prosper, which will help New Jersey maintain its position as a leader in the life sciences.”

With the fourth largest public company cluster, New Jersey remains a “hotbed” for biotechnology. In responding to questions that look at why companies locate and remain in New Jersey, a total of 96 percent of responding companies indicated that there are sufficient managerial personnel and 88 percent believe there is sufficient scientific personnel to meet their needs.

The overwhelming majority, 74 percent, also believe that there is opportunity for strategic collaborations with academic institutions and other industry laboratories within the state. Sixty-one percent of the respondents also indicated that New Jersey State Government provides an environment that supports and promotes the industry; a measure that has increased with each survey since 2003. The response was attributed to several programs, including the Tax Credit Transfer Program that allows companies that are not making a profit to sell Net Operating Losses, a strong network of business incubators and the sufficient venture capital to support the growth of the industry. Cited VC programs included the Garden State Life Sciences Venture Fund, which was proposed to the state government by BioNJ.

As the biotech industry evolves, mergers and acquisitions (M&A) are gaining more prominence.

According to Keith Brownlie, Life Science Partner at Ernst & Young, “The convergence of the biotech and pharmaceutical industries will continue unabated in 2008 and beyond. The majority of the M&A activities will occur between pharmaceutical/large biotech companies and innovative emerging companies that have broadly exploitable platform technologies or with biotech companies that have achieved clinical proof of concept of a product candidate. This will be a boon for New Jersey’s biotechnology industry.” 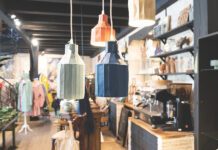 Retailers Adapting To The Market 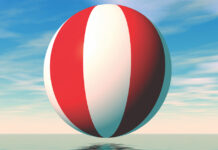