Does all the talk about the coming wave of electric cars have you thinking about extension cords?

Or, to be more specific, do you toss and turn at night and wonder how you are going to maneuver the lawn mower around the extension cord while your new electric car is charging itself on the driveway?

Not to worry. The great minds at Toyota already have given a lot of thought to these concerns, and they have a solution:

The world’s largest automaker wants to build your next house.

According to a report in today’s Wall Street Journal, the people who brought us Camry and Corolla are ramping up their home construction business, known as ToyotaHome.

Toyota’s home-building unit actually has been in business since 1975, providing a cost-efficient steel-frame alternative to the traditional wooden house in Japan, which on average gets torn down and rebuilt every 30 years or so.

ToyotaHome currently accounts for less than 1% of Toyota’s $262 billion in annual sales, but the Japanese auto giant believes the impending era of the electric car will give it an opportunity to dramatically expand its home-building activities. Toyota and General Motors both are planning to launch gas-electric hybrid vehicles in 2010, equipped with potent lithium batteries.

ToyotaHome’s engineers are busy designing a new version of their standard offering specifically configured to accommodate the special needs of an electric vehicle.

For example, the company is testing an electricity-monitoring system for its houses that will charge the electric car during off-peak hours to keep utility bills down. According to the Journal report, the electric car battery also will be deployed as a backup electric power source for the house, keeping the lights on during a blackout.

It certainly seems like our friends at Toyota have thought of everything. Everything, that is, except the average American teenager.

Picture this:
It’s a hot summer night in 2015 in Anytown, U.S. A. The temperature has been 115 degrees every night this week (yes, global warming turned out to be real).

Mom and Dad are sitting comfortably in the air-conditioned living room of their new three-bedroom, split-level ToyotaHome. One wall of the living room is covered by a 1-inch-thick Ultra High Definition Liquid Plasma Nano-pixel Holographic television.

Mom and Dad are watching the latest episode of American Idol Gladiators. They are preparing to give the screen a voice command which will cast their vote for two of the five singing contestants. The two winners will engage in a three-dimensional laser-sword fight that will be beamed directly into the living room. Special chips embedded in the vases on the coffee table will acquire signals from the TV that will topple them over during the fight to add realism (they won’t break because they are made of advanced composites).

Suddenly, a message from the local power utility downloads itself onto the TV wall and begins to play (what, you don’t think your TV is going to be a phone and a PC by 2015?).

“Due to excessive power usage, your neighborhood may experience power out—”

The entire house and all of the lights on the street go dark. Mom and Dad sit in the pitch-black living room. They can’t even see each other. Dad reaches out and takes Mom’s hand, and says, reassuringly: ”’Don’t worry dear, the Camry will have everything up and running in a minute.”

A minute later, Mom says: ”Uh, Charley, I forgot to tell you, but Junior said he needed the car tonight. I took the keys out of your pants and gave them to him while you were in the hyperbaric chamber….” 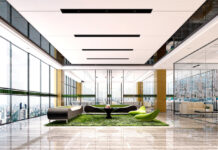 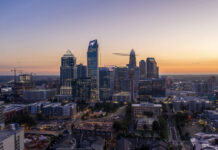