In 2007, Business Facilities ranked Pennsylvania fifth in the nation for the most educated workforce. This is not surprising since Pennsylvania has the nation’s third-largest number of colleges and universities in the United States, and also is considered to be the nation’s seventh-largest cyberstate, according to the American Electronics Association (AeA), a nationwide non-profit trade association that represents the technology industry. That’s a great foundation for what Governor Ed Rendell and Department of Community and Economic Development Deputy Secretary Rebecca Bagley say is the nation’s next big economic driver-nanotechnology.

“The findings presented by AeA reconfirm our efforts,” says Bagley. “Pennsylvania’s economic climate is attracting new tech businesses and putting a new generation of Pennsylvania’s skilled employees to work. Our high-tech sectors are the cornerstone of our growth, and the tech industry is attracted to Pennsylvania because of the quality of our workforce, our world-class universities, strong economic development programs and the economic climate we’re creating. Pennsylvania has been at the cutting edge of nanotechnology for several years through our Pennsylvania Nanotechnology Initiative (PNI).” The commonwealth is continuing to lay the groundwork for nanotech companies and has invested $68 million in nanotechnology research and commercialization partnerships through PNI, including the MaterialsCenter at Lehigh University.

Bagley also credits the Keystone Innovation Zone (KIZ) program, launched as part of Governor Rendell’s original economic stimulus package in early 2004 as a way to capitalize on the commonwealth’s network of quality universities, as a contributor to the state’s growing complement of high-tech workers, including the Lehigh Valley’s success as a high-tech center. The Southside Bethlehem KIZ, which counts Lehigh University as a major partner, so far has supported 10 companies in the creation of 117 new jobs in the life sciences, advanced electronics, information technology and advanced materials and manufacturing fields, and is host to 42 patents.

Through Pennsylvania’s 29 KIZs, post-secondary schools partner with local industries, economic development organizations and others to encourage and support entrepreneurs in technology-related industries. Partners can also include business support organizations, commercial lending institutions, and venture capital firms. The Ben Franklin Technology Development Authority, dedicated to fostering technology innovation, strengthening the commonwealth’s economy and creating and retaining good-paying jobs that require advanced skill levels, provides funding and support for partners throughout Pennsylvania that identify the most promising technological ventures and provides them with technical assistance and capital. As of 2007, the authority has invested more than $9.6 million in 26 KIZs. This investment has led to the creation of 1,966 jobs, the retention of 2,763 jobs, the formation of 282 new companies and the leveraging of $368 million in new investments. The KIZ program provides a climate for developing and taking new technologies to market, and for keeping graduates of Pennsylvania’s colleges in the state, says Bagley.

“With the Keystone Innovation Zone program, we can provide students with the unique opportunity to explore fields and industries that will play an important role in the 21st century,” says Bagley. “With global competition increasing every year, we must transform the way we teach the next generation of students by educating beyond the classroom. By combining the efforts of colleges and universities [with] early-stage companies and entrepreneurs, we are creating communities that will be home to the industries that shape our future.”

Reading’s Riverfront has a Billion-Dollar Baby

Reading, PA’s riverfront has become the center of a $1 billion revitalization project. Giannasca Development Group LLC, a national design and development firm with new offices in Reading, announced in February that it is launching RiverView, a mixed-use project on a 32-acre tract of land on Reading’s Schuylkill River waterfront. RiverView will include approximately 2,000 residential units, 300,000 square feet of office space and approximately 150,000 square feet of retail space. In addition to the renovation of a large, mostly vacant building that is part of the Reading Hardware Company complex, the project will incorporate the construction of nine new buildings, which will include retail and office space on the lower floors and residences on the upper floors of most buildings, as well as enclosed garages that will hold more than 3,000 publicly accessible parking spaces. The waterfront property along the Schuylkill River will become a public park, which will feature an amphitheater, promenade, bike and foot trails, tennis courts, a community building with a swimming pool, a day care center and playground, a baseball field, small watercraft launching facilities and other additional attractions.

12,000 Workers Will Be Needed to Build Riverview

“We are excited about the RiverView project,” says Reading Mayor Thomas McMahon. “It represents the beginning of what I see as a new era of urban revitalization for our great city of Reading. Not only will the project improve the quality of life for the residents of the city, it will create more than 4,000 local and 12,000 statewide jobs during construction. When completed, the project will generate nearly 900 permanent jobs for city residents and approximately $25 million annually in additional tax revenue for the city.”

Other features of the RiverView development include new raised bulkheading
along the riverfront to create an elevated promenade for public use and enjoyment and a new trolley route along the river from the project to First Energy Stadium using existing railroad tracks. The project will be environmentally responsible and expects to receive Leadership in Energy and Environmental Design (LEED) certification. RiverView will be Reading’s first green community.

“This project is an excellent example of the type of private investment that has been attracted to local communities, thanks to our revitalization efforts,” says Governor Rendell. “I am excited about the overall effect this project will have on the city of Reading, along with the positive economic impact it will have on the entire state.”

“This project will benefit the entire city of Reading, not just the residents and businesses of the development,” says Edward V. Giannasca II, president and chief executive officer of Giannasca Development Group LLC. “We plan to recruit from the local workforce creating new job opportunities during construction. As each phase of the project is completed employment opportunities will continue to grow with the opening of new restaurants, shops and businesses. New positions will staff the public park, and recreational and entertainment facilities along the river. This will be the beginning of an exciting new era.”

Amazon.com, Inc., the largest online retailer, recently announced that it has chosen Hazleton, PA as the site for its newest fulfillment center, which will create more than 1,100 jobs within the next three years.

“Not only will this project result in more than a thousand new jobs for hard-working Pennsylvanians, but those jobs-along with the large amount of private investment-will provide ancillary benefits for the entire region,” says Governor Rendell. “This is the type of project that could have happened literally anywhere in the U.S., and Amazon’s renewed commitment to Pennsylvania attests to our strong pro-business climate.”

Amazon.com’s Hazleton facility will occupy more than 600,000 square feet in the Humboldt Industrial Park, and represent a total project investment of more than $20 million. The Seattle online retailer will also employ more than 800 part-time workers during peak seasons.

“The Hazleton facility will play an important role in allowing us to serve our customers in the Northeast U.S. more quickly and efficiently, and we’re excited to be opening our fifth facility in Pennsylvania,” says Mike McKenna, Amazon’s vice president of North American fulfillment.

The commonwealth offered Amazon.com a funding package that included a $1.25-million opportunity grant and $500,000 in job training programs. The company’s project was coordinated through the Governor’s Action Team, economic development professionals who serve as a single point-of-contact for businesses that are considering locating or expanding in Pennsylvania.

“This project is evidence that more and more global companies are finding Greater Hazleton’s location and workforce ideal for industry and logistics. In the past three years alone we have been able to attract giants like Amazon, Coca-Cola, Archer Daniels Midland and AutoZone,” says Kevin O’Donnell, president of CAN DO, Inc., Greater Hazleton’s economic development agency.

O’Donnell also praises the Governor’s Action Team for its role in bringing Amazon to Hazleton. “Governor Rendell and his team are constantly working to bring leads to our area and the financial incentives they put together make it possible for our agency to continue to attract new companies to our parks,” he says. 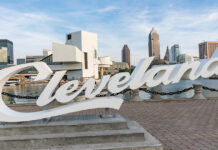 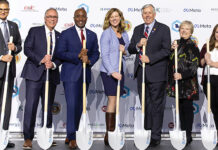