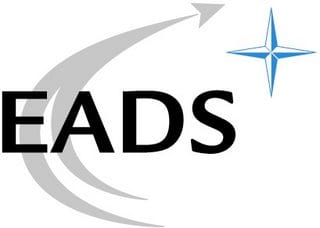 A couple days ago, the Pentagon announced that EADS won a $36 billion ($100 billion growth potential) contract to build U.S. Air Force refueling tankers in Mobile, AL, ending a more than two-year bidding battle. But the real controversy, which raises issues of nationalism, globalization, homeland security, etc., is just beginning. Let me get you up to speed.

Business Facilities began covering this story at its inception back in 2005, when French-owned EADS, primary shareholder of Airbus, selected Mobile over 70 other sites in 32 states to locate its airfield engineering center. In 2007, this facility opened as scheduled at the Brookley Field Industrial Complex. But at the same time back in 2005, EADS began its bid to win the air force tanker contract. Its main competition: Chicago-based Boeing, the company that had supplied the refueling tankers for 50 years, but which came under scrutiny in 2002 and 2003 when shady and illegal business discussions between Boeing CFO Mike Sears and Air Force procurement official Darleen Druyun sent them both to prison.

In May 2005, the House of Representatives requested that the Pentagon deny military contracts to foreign companies receiving government subsidies in a World Trade Organization member company. This was seen as a fairly blatant attempt to knock EADS out of consideration, but EADS sidestepped this by partnering on the deal with U.S. company Northrup Grumman.

Fast forward to this month when EADS was awarded the contract, much to the surprise of most industry analysts, and to the outrage of numerous politicians who claim that while 1,000 jobs will be created in Alabama, more would have been created nationally if Boeing won. Disgruntled lawmakers, some of whom are lobbying for the decision to be overturned, assert that 85% of Boeing’s planes would have been built on U.S. soil, while only 58% of EADS will be made in the U.S., as main manufacturing work will be done in Europe and only final assembly completed in Alabama.

House Speaker Nancy Pelosi cites a threat to homeland security as a reason for not wanting a foreign company building U.S. military equipment, while other politicians have acted particularly childish, calling the EADS product “crap” and Northrup Grumman “a front for the French.” The ubiquitous presidential candidates had their say, too, with Democratic delegate-leader Barack Obama, who shares his home state of Illinois with Boeing, perhaps showing his bias while expressing displeasure with the Pentagon’s decision. Hillary Clinton used the opportunity, more than anything, to blast the Bush administration (Pentagon), which is typical campaign rhetoric. Republican presidential nominee John McCain said he would reserve judgment until being briefed by the Department of Defense. (The interesting kicker here, though, is that the engines for EADS’ aircrafts will be powered by General Electric in Ohio, which everyone knows is a crucial swing state full of voters suffering from and angered by job loss. So I think candidates won’t be too loose-lipped on this issue because they want to win Ohio’s electorates come November.)

The fifteen-member House Appropriation Subcommittee on Defense, who controls the Pentagon’s cash flow, said they evaluated Boeing’s and EADS’ proposals on five criteria and EADS won across the board. Sue Payton, air force weapons buyer, said the committee evaluated the plans on merit only, not job creation, and simply wanted “the best tanker at the best price.” She also refuted claims that the contract agreement with EADS violated the Buy America Act, a law passed 75 years ago in 1933 that encourages government agencies to buy goods from American companies. In fact, according to Payton, Congress voted for a special exemption to the act which considers certain European Union countries to be “a part of the American industrial base” and, as such, France’s EADS is essentially “American” in the context of its bid. Boeing can only challenge the Pentagon’s decision if bidding rules had been broken by EADS, which does not currently seem to have happened.

Despite all the outcry, the city of Mobile is thrilled and optimistic, already setting up training programs for 1,200 aerospace engineers and creating a technology center. Alabama Rep. Jo Bonner said, “This was not a political decision. It was based on merit, and on merit, we won.”

In my opinion, the furor over EADS’ win has a gross, anti-French sentiment. Are people still really eating “Freedom Fries” in America? Would people be so enraged if EADS was owned by the U.K., a staunch American ally? Probably not. But let’s look at the reality of these companies’ production locations. EADS is a French company with European facilities that produces all of its airplane wings in North Wales. Boeing is an American company, but makes all of its wings in Japan and fuselage parts in Italy, and contributes $1 billion to the economy of Canada, where it employs 1,400 people. Talk about global business operations! Are we being too nationalistic here? What about free and fair international business competition? I understand people want to keep jobs in America, especially during such rough economic, recession-heading times. But I also think America deserves the best products for our military and if a French company has been identified by the House subcommittee as the best producer of refueling tankers, then that’s who should build them, I say.

What do you think? Feel free to comment here and express your stance. There are so many sides and perspectives to discuss. (I didn’t even get into the concerns in Europe that this move will cause job loss there.) You can also check out the many links provided below for more details about the EADS deal.